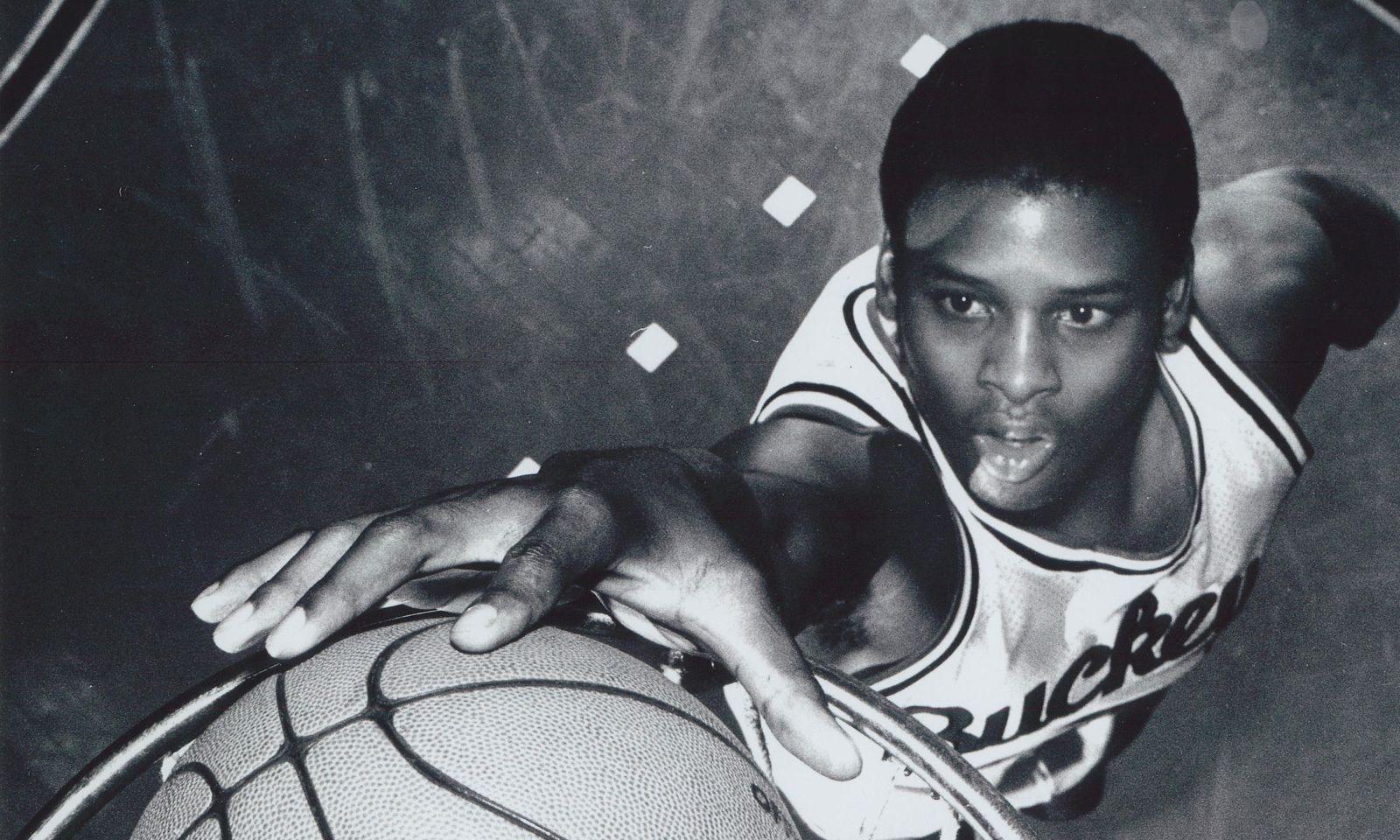 Clark Kellogg’s basketball highway began in Cleveland, Ohio and took him to Ohio State University, where from 1979 to 1982 he was the go to guy for the Buckeyes. He led Ohio State in scoring and rebounding as both a sophomore and junior. He was All-Big Ten and the Conference’s Most Valuable Player in 1982, his junior year. He also earned All-American honors.

Clark followed his junior season by entering the NBA draft, where he was the #1 draft choice of the Indiana Pacers. Clark led a rebuilding Pacer squad in scoring with a 20.1 ppg average and in rebounding with a 10.6 rpg average his rookie season. Clark was named to the NBA All Rookie Team and lost out to Terry Cummings as the NBA Rookie of the Year.

Five seasons with chronically bad knees led Clark to trade the round ball for a microphone. From the Pacers front court to the Pacers broadcast booth, Clark has maintained a strong relationship with the club for close to twenty years.

One sure thing about the NCAA Tournament is CBS and its great college basketball analysts – Clark Kellogg, Billy Packer and Bill Raftery.

It is also a sure thing fans know Clark as the best studio analyst – he knows the game and he knows how to educate his audience. In 2000 he was again nominated for an Emmy Award as Best Studio Analyst. CBS extended his contract in 2001.

Clark, his wife, Rosy and their three children live in Columbus, Ohio not far from the hardwood he dominated as a star forward for the Buckeyes. In 2001, Clark was honored with the OSU Distinguished Service Alumni Award. He has also been inducted into the Ohio State University Athletic Hall of Fame.