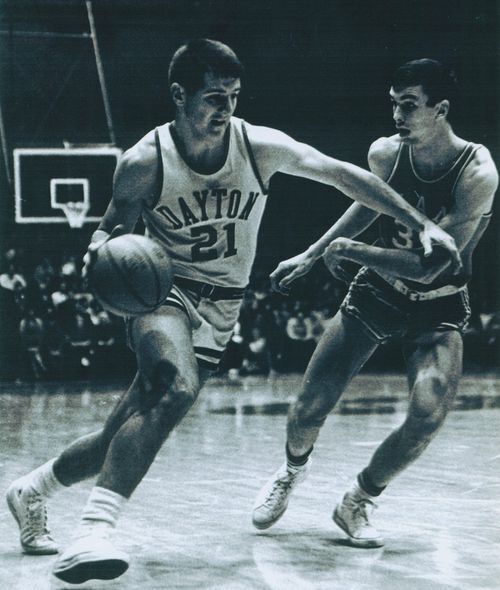 In 1964, Don May was a leader on the Dayton Belmont High School state championship team. Don and Bill Hosket were both leaders of that team. In 1968 he was an All American at the University of Dayton and led the Flyers in almost every category, finishing 5th in the country in rebounding and 31st in scoring. He scored 13 consecutive field goals vs. North Carolina State in the NCAA Final Four to finish the game against the Tarheels with 34 points and 15 rebounds. Dayton lost to UCLA in the finals. Don is second on U.D.’s 1000 point club with 1,980 points.

Don played seven years in the NBA with the New York Knicks, Buffalo, Philadelphia and Kansas City-Omaha teams. In those seven years he scored 3,339 points in 379 games averaging 8.8 points per game, shooting 45% from the field and 78.9% from the free throw line and that includes 14 playoff games.

Don’s state championship high school team was inducted into the Ohio Basketball Hall of Fame in 2013.