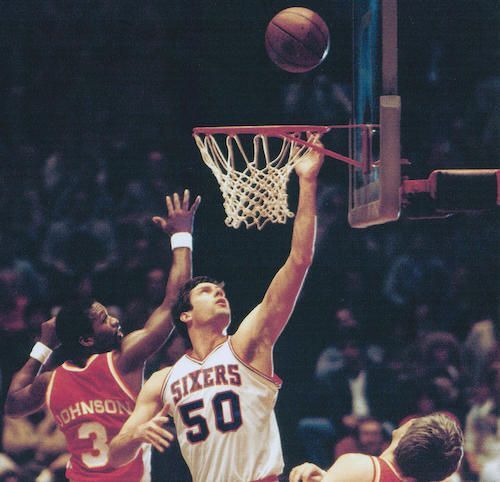 Steve "The Mayor" Mix was All-Ohio at Toledo Rogers High School for three consecutive years. Mix received the Helms Foundation All-American honors at the University of Toledo in 1969. Steve was UT's all-time leading scorer with 1,676 points and had a 11.9 rebounding average. He was named First Team All-Mid-America Conference team for three years and he helped lead UT to a MAC championship and a 23-2 record in 1966-67. He was named the league's first ever Player of the Year in 1969.

Mix’s career included 13 years of professional basketball with the Pistons and the Philadelphia 76ers. Steve also had short stints with Denver, Milwaukee and Los Angeles. He was named to the NBA All-Star team during the 1974-75 season. In 787 professionals games he scored 8,355 points for a 10.6 points per gamer average. During those years he had 4,159 rebounds, shot 49.8% from the field and 80.3% from the free throw line. Steve appeared in 86 playoff games. After retiring in 1983, He spend 22 years as a color commentator for 76ers games.

He gives back to his hometown by running basketball camps for youngsters in Toledo. Mix and his wife Maryalice, have four children: Darrick, Stephanie, Courtney, and Andrew.