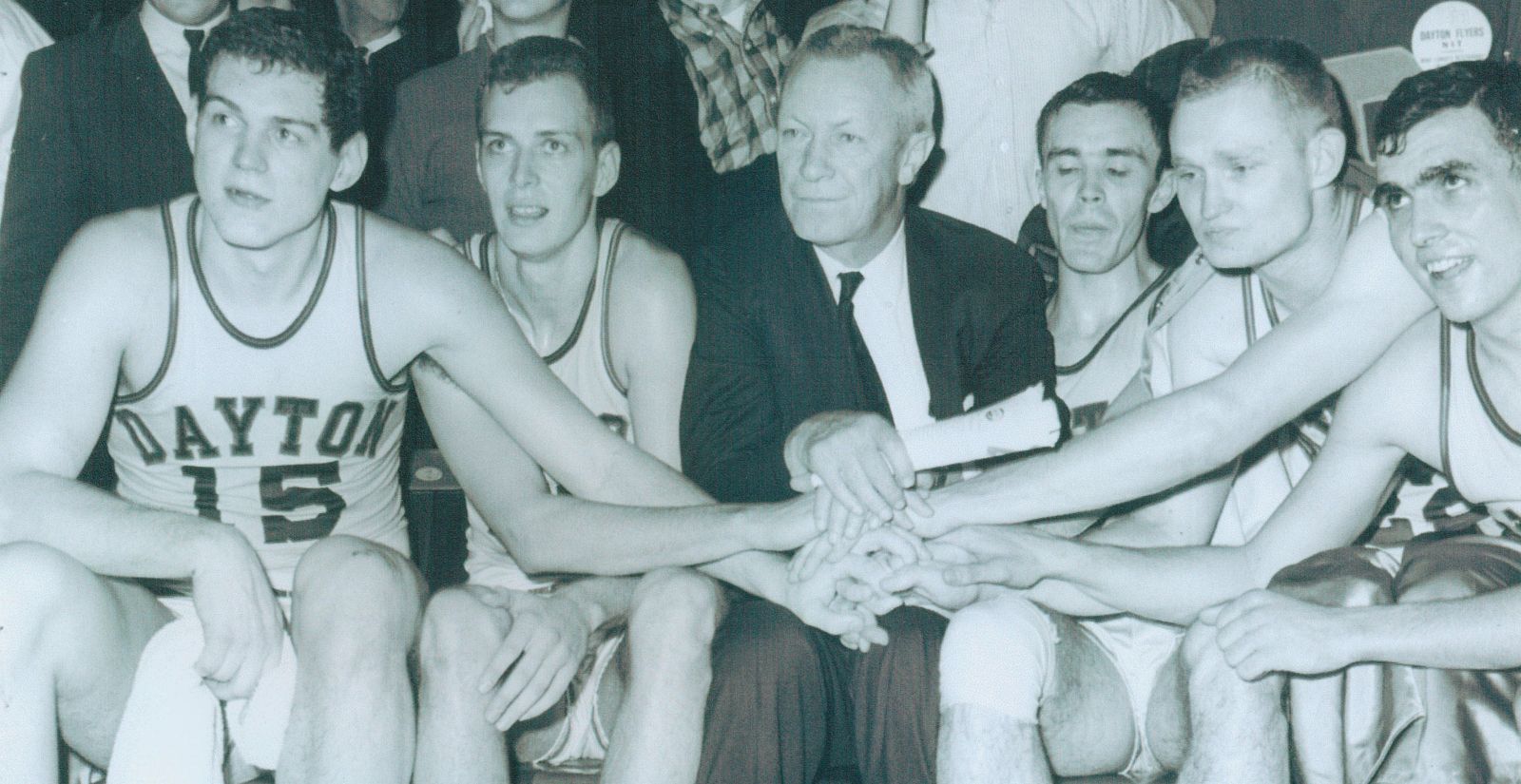 The modern era in the history of Dayton basketball began in 1947, when Tom Blackburn took over as head coach. Previously he led Xenia High School to the state tournament and had several successful seasons there. At University of Dayton, Coach Blackburn took over a program that had won just seven games in two seasons following WWII. Less than four seasons later, his Flyers were nationally ranked. The team that put Dayton on the map in the world of college basketball was Blackburn’s 1950-51 team. The first UD team to play in the prestigious NIT, the Flyers didn’t just make the tournament, they went all the way to the finals. A talented junior class and seniors, Dick ‘Razor’ Campbell and Bobby Flynn led Dayton to a 27-5 record and a final national ranking 13th in the country. The next year the Flyers set a school record of 28 wins. They were the only team to play in both the NIT and the NCAA tournaments. In all, Blackburn’s teams reached the finals of the NIT six times, finally taking the championship in 1962. Just over a year later Blackburn was diagnosed with lung cancer. Blackburn’s 17 years included 352 wins and 141 losses with 10 trips to the NIT and to the NCAA tournaments. He died in March of 1964.

Watch a YouTube video of his life and career.