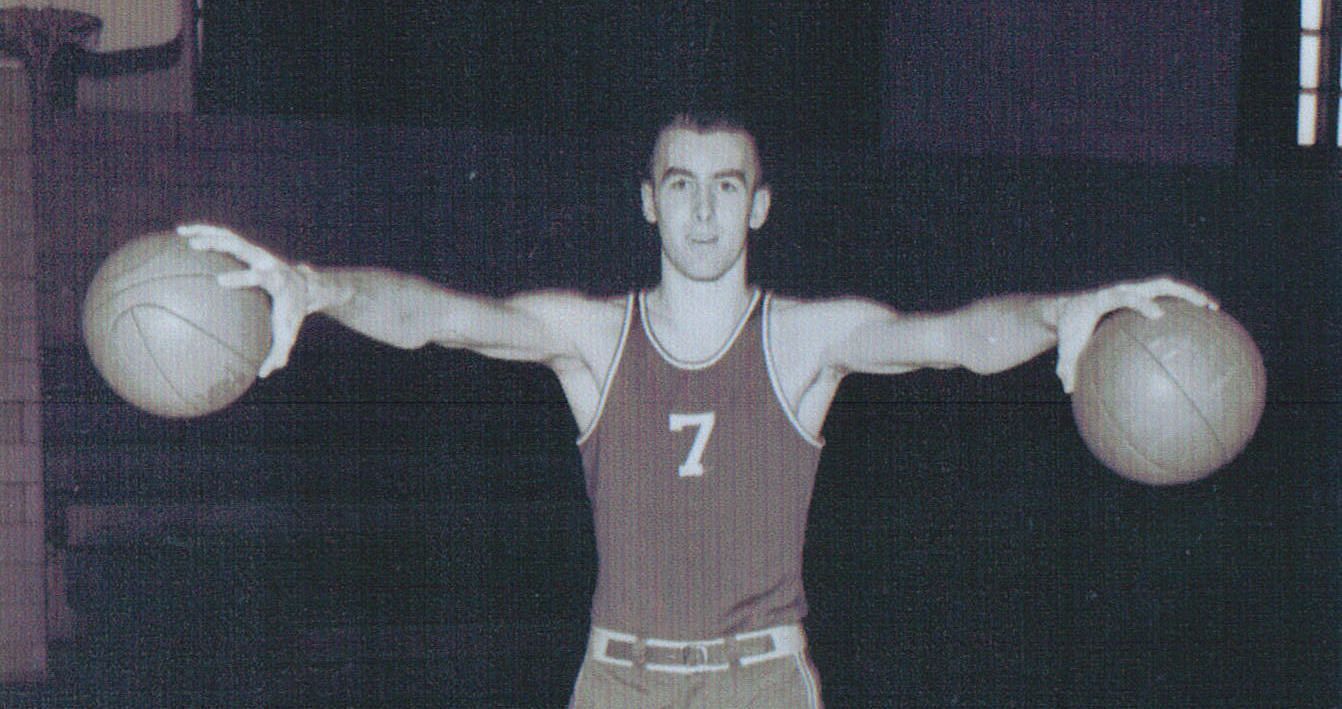 Rex Leach is best known for his performances at Vienna High School where in 1955 he set Ohio prep records for career points (2,537), single season points (1,256) and season scoring average (43.3). The career mark held up for 30 years. He scored 72 points in a game against Southington and scored 53 or more points five times. Vienna advanced to the 1955 state Class B semi-finals, losing to Lockland Wayne. He was named most valuable player in both Ohio-Kentucky all-star games in 1955. In college, Leach was a three-year starter at Bowling Green. He captained the Falcons as a senior. After two years in the military, he began teaching. He was head basketball coach at North Lima, Mathews (formerly Vienna), North Royalton and Richland Heights high schools.