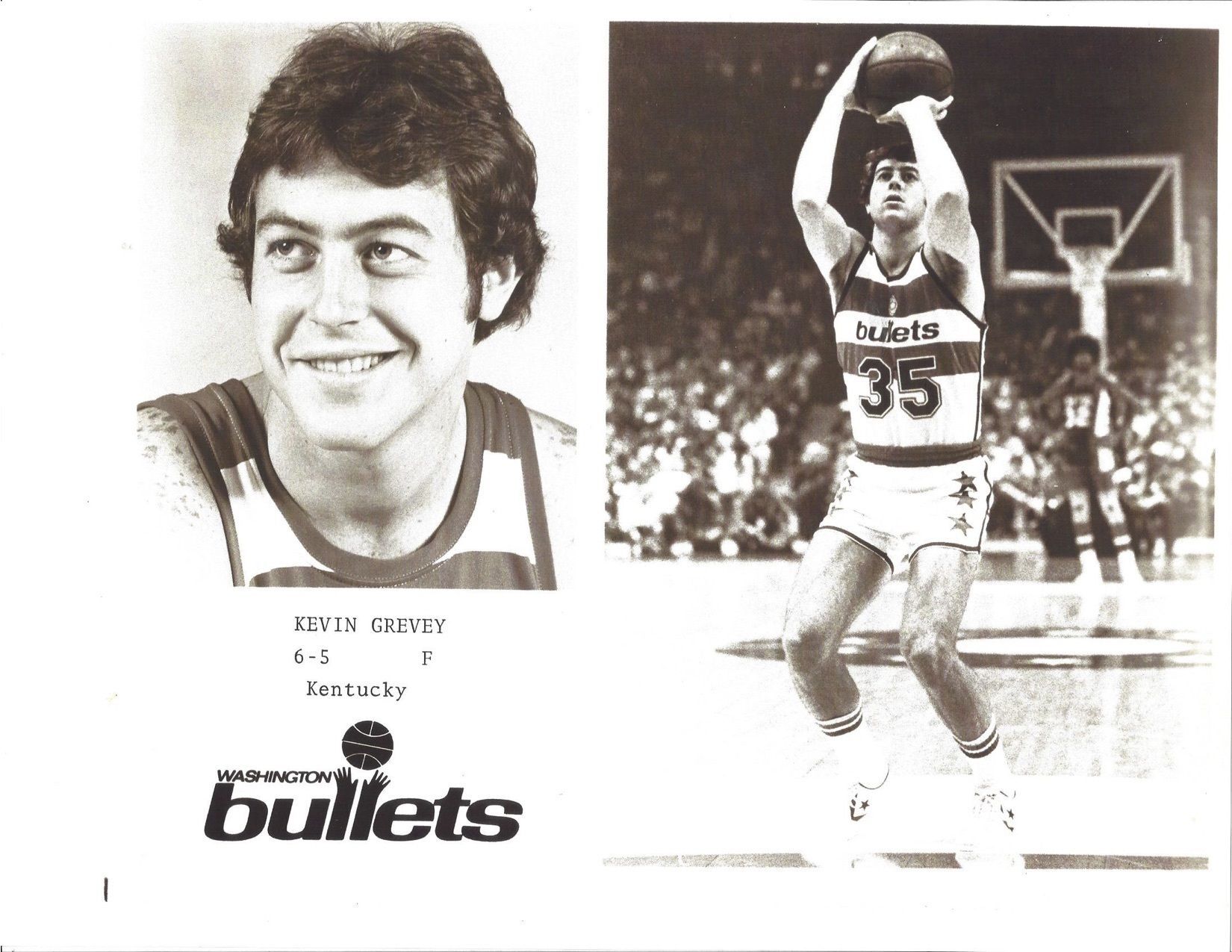 The 6-foot-5 Kevin Grevey was an All-Ohio selection at Hamilton Taft High School after averaging 32.5 points and 17.1 rebounds in his senior year. At the University of Kentucky, he was a three-time All-Southeastern Conference player and a two-time All-American. In 1975 the Wildcats lost to UCLA in the NCAA championship game in spite of Grevey’s game-high 34 points. A left-hander, Grevey was an accurate shooter with extraordinary jumping ability and a wide assortment of moves around the basket. The Washington Bullets made him the 18th selection in the first round of the National Basketball Association draft, and he played in the league for 10 years. After backing up Dave Bing and Phil Chenier in his first two years as a pro, Grevey broke into the starting lineup in 1977-78. He averaged 15.5 points as the Bullets, featuring Elvin Hayes and Wes Unseld, won the NBA championship.