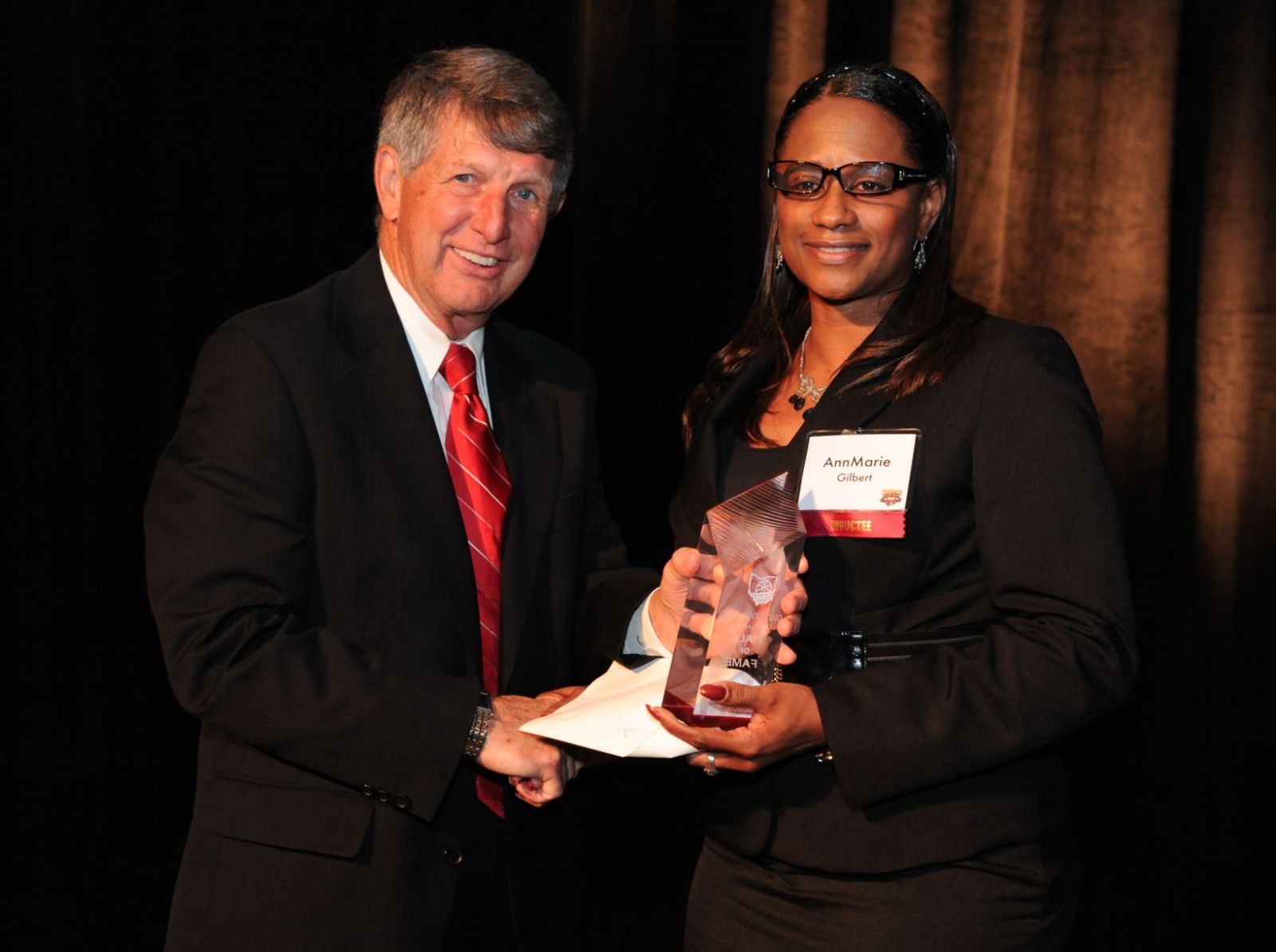 AnnMarie Gilbert has put together an impressive record both as a player and as a coach. A three-year starter at Elyria High School, she was Ohio’s Miss Basketball as a senior. She played two seasons (1986-88) at Ohio University before transferring to Oberlin College where she was a two-time NCAA Division III All-American and a two-time conference player of the year. She led the nation in scoring with a 31.1 average in 1989-90 and was second in 1990-91 with a 31.3 average. The 5-foot-5 point guard set the NCAA Division III single game record by scoring 61 points against Allegheny in 1991. She spent eight seasons (1994-2002) becoming Oberlin’s winningest women’s coach before moving to Michigan State as an assistant coach for five seasons during which the Spartans advanced to the NCAA Tournament five times. On May 15, 2007, she became head coach at Eastern Michigan University, and the Eagles compiled a 17-12 record in her first year.