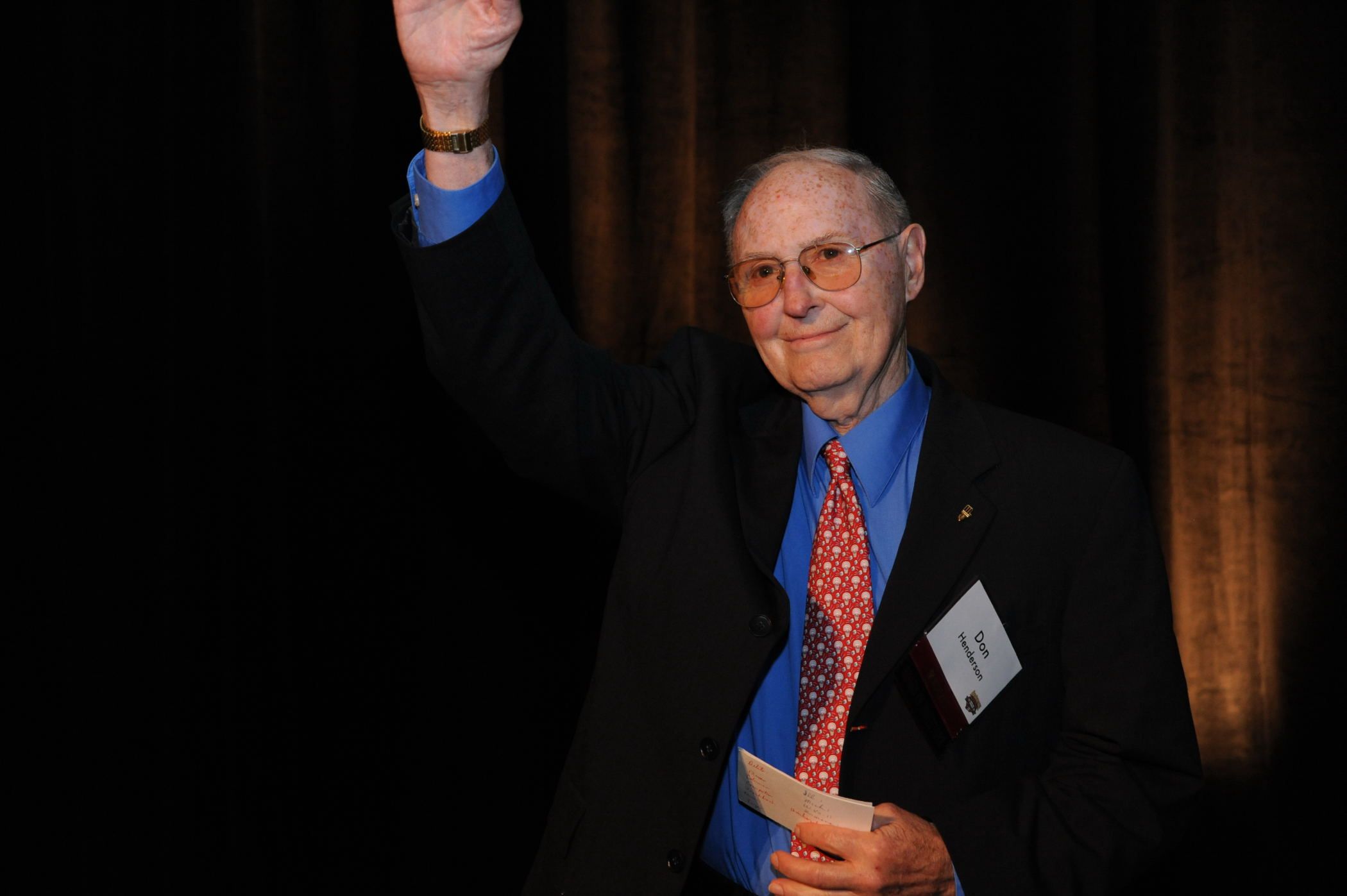 Don Henderson spent 36 years as a teacher of mathematics and coach for the Springfield City Schools. He is best known for having coached the boys basketball team at Springfield North High School for 29 years (1960-1989), but he also was head baseball coach for 22 years. His basketball teams had two undefeated regular seasons, won six Western Ohio League championships and four district titles. In one three-year stretch, the Panthers had a 65-5 record. North had five all-state players in Henderson’s tenure. Two were Ohio players of the year. An all-state high school basketball player himself, Henderson spent four years (1947-50) in the Air Force after graduation from Cadiz High School. He entered Wittenberg University in 1950 and earned eight letters in baseball, basketball and football. He was elected to the Ohio High School Basketball Coaches Hall of Fame in 1991. Henderson is co-founder of the Ohio Basketball Hall of Fame.