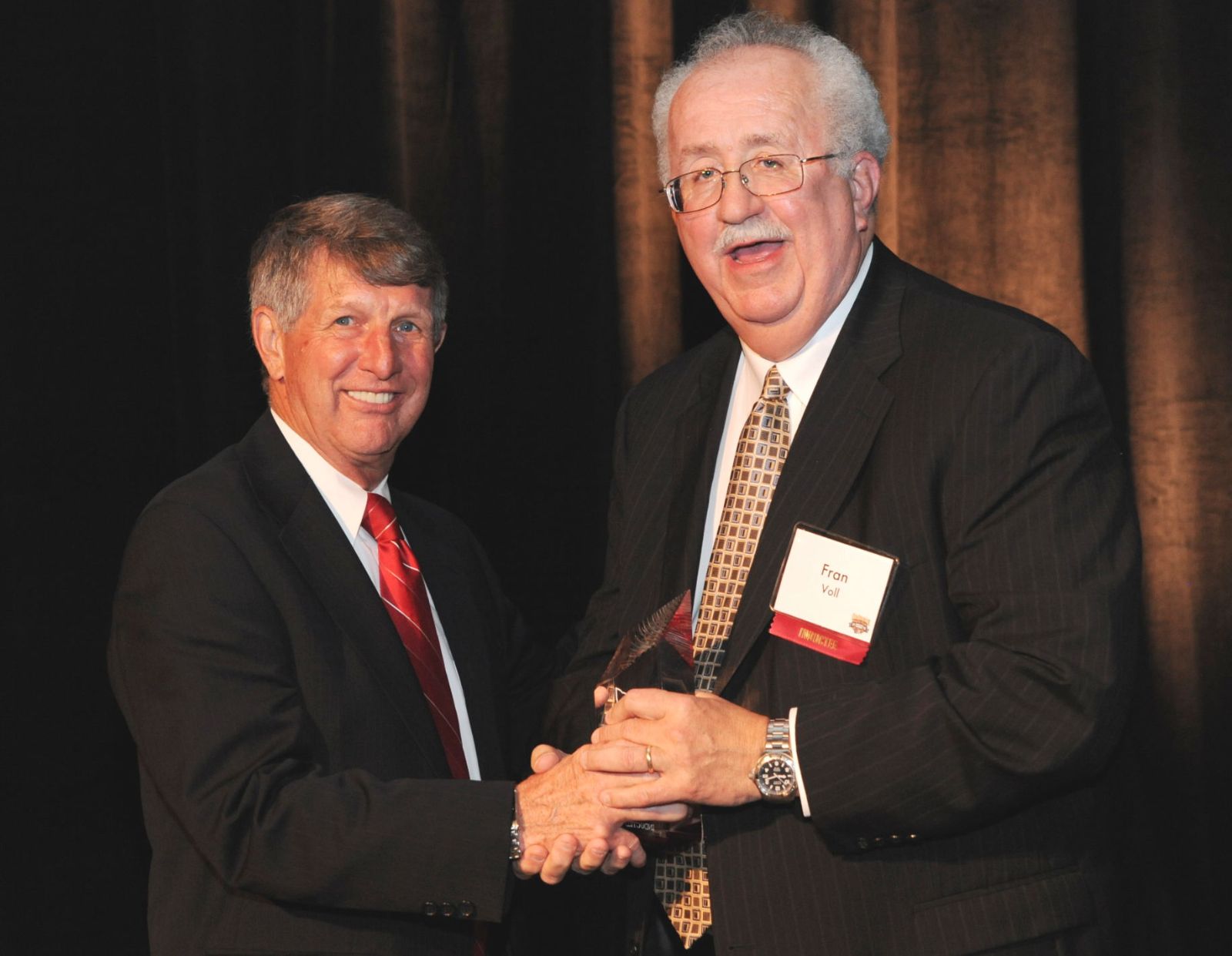 For 16 years, beginning in 1975, Fran Voll was the hottest coach in northwest Ohio. First he had a remarkable nine-year run at Delphos St. John’s High School where his teams had a 208-17 record. Then he duplicated the success for seven years at Bowling Green State University. Taking over the fledgling girls basketball program at St. John’s in 1975, he had immediate success. In nine seasons he took the Bluejays to the state tournament semifinals six times and came away with three state championships. His second team won the 1977 state Class A title with a 24-0 record, his third team had a 48-game win string snapped by Springboro in the Class AA state championship game and his fourth team won the AA title with a 26-0 record. The Bluejays were 74-1 over three seasons. St. John also won the 1980 AA crown. Voll moved to Bowling Green in 1984 and took the Falcons to the NCAA Tournament four straight years, beginning in 1986. They had a 22-game Mid-American Conference win string during that period. His record at BG was 144-60. Fran has served on the Board of Directors of the Ohio Basketball Hall of Fame since 2013 and is a member of the Strategic Partnership Committee.