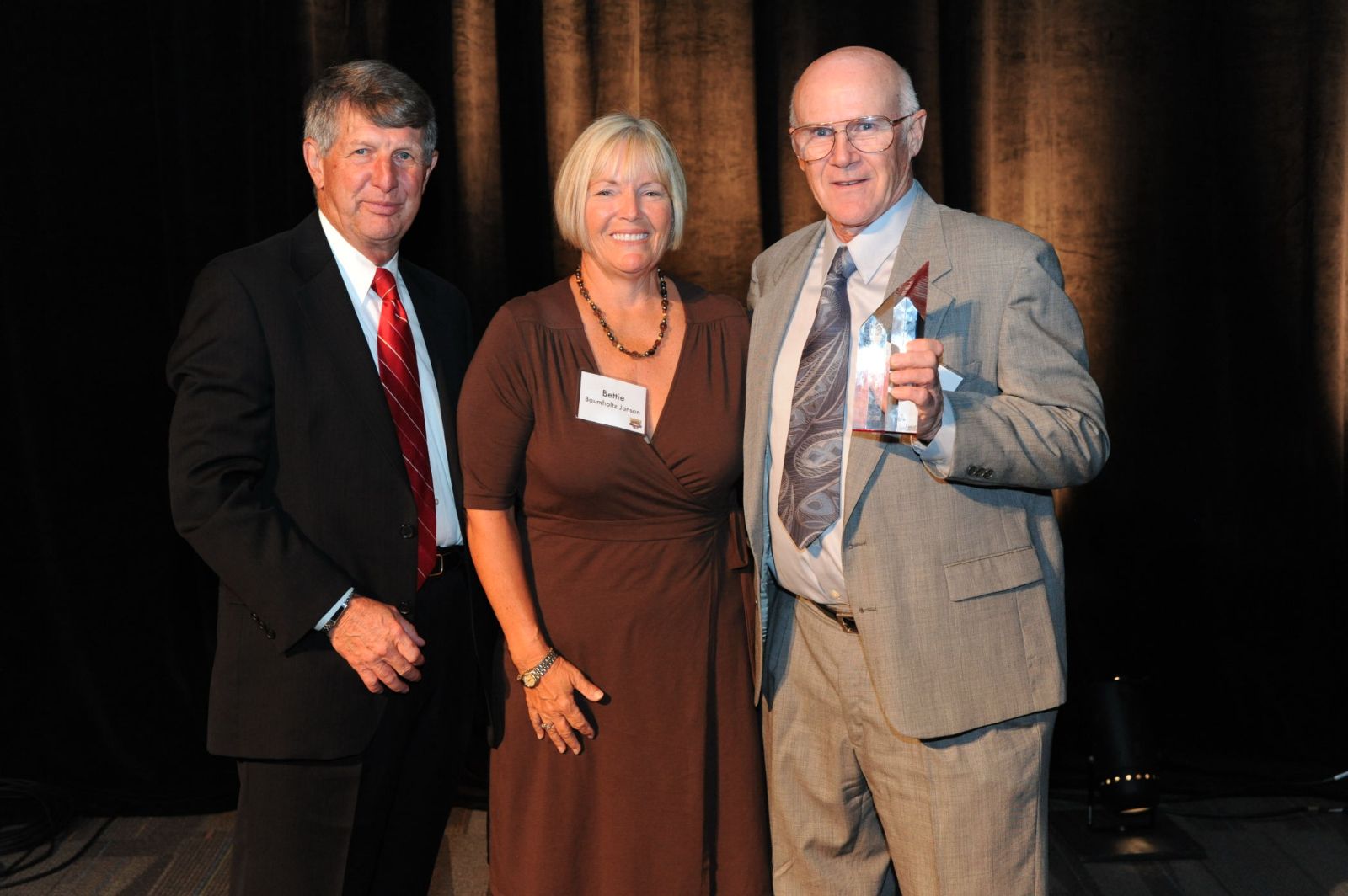 Frank Baumholtz was a first team All-American in basketball in 1941 when he led the Ohio University Bobcats to the National Invitation Tournament final with victories over Duquesne and CCNY. Baumholtz was voted most valuable player in the tournament after scoring more points (53) than any other player in three games, including 22 points in the 55-40 victory over Duquesne. The Bobcats had a 59-18 record in his three years on the varsity. He was the first OU athlete to have his uniform retired. After spending four years in the Navy and two years playing professional basketball, Baumholtz played nine seasons of major league baseball (with the Cincinnati Reds, Chicago Cubs and Philadelphia Phillies). With the Cubs in 1952, his .325 batting average was second only to that of the great Stan Musial. He had a lifetime average of .291. In 1965 Baumholtz was among eight in the inaugural class of the Bobcat Hall of Fame. He died in 1997 at the age of 79.