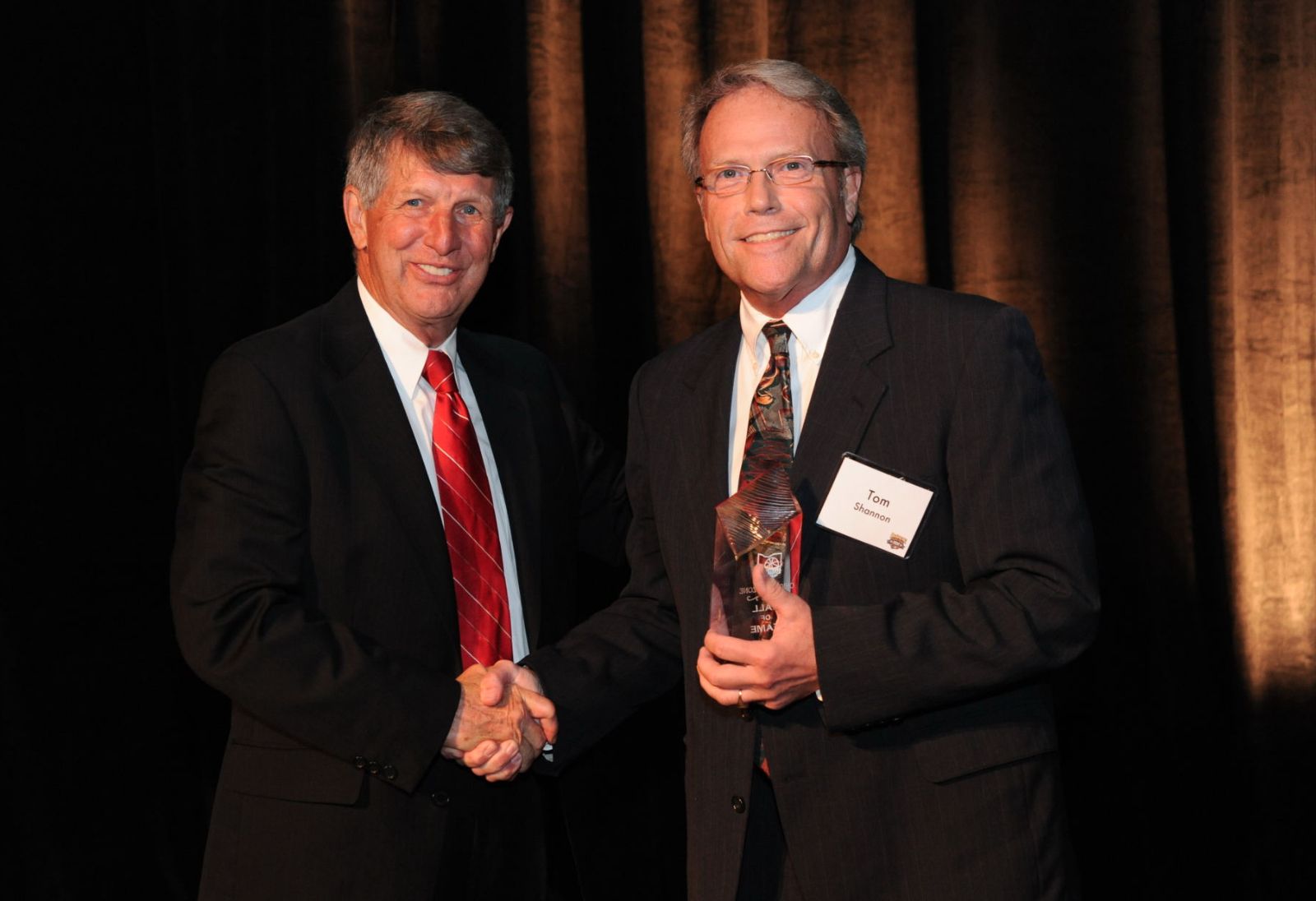 At Wittenberg University Frank Shannon was an outstanding athlete who set the school scoring record in basketball and had a two-year record of 14-4 as a baseball pitcher. A Springfield, Ohio, native, Shannon himself deferred a professional baseball contract with the Cleveland Indians because of World War II. After the war, he became a player and coach with the Youngstown Bears, a forerunner of the NBA. It was in coaching basketball, however, that Shannon left his biggest impression. Known for the up-tempo style of his teams in an era when most coaches favored a deliberate game, Shannon had great success both in high school and college. Shannon began coaching at Olive Branch High School in Clark County. His teams had an 83-18 record in four seasons. When Olive Branch was consolidated into Tecumseh High School in 1951, Shannon took over Tecumseh and had a four-year record of 84-14 with three district championships. He moved to Urbana High School in 1955 and was in the process of building a program in 1958 when he accepted the head coaching job at Ohio Wesleyan University. OWU had not had a winning record in six years when Shannon arrived, but his teams won 214 games before he retired in 1979. The 21-3 record set by Shannon’s 1961-62 team still stands as the OWU record for highest winning percentage.