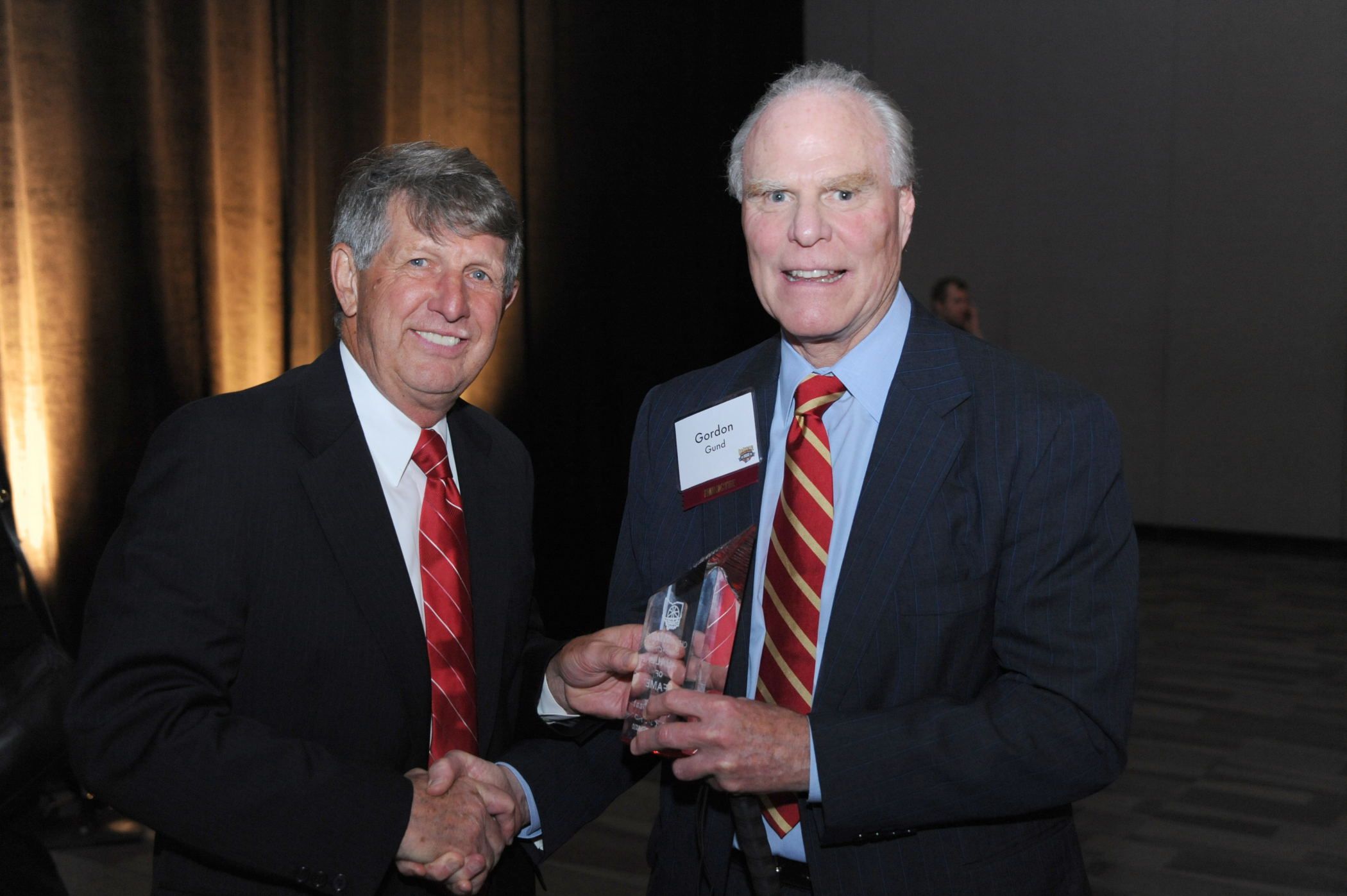 Gordon Gund has been blind since he was 30 years old, a victim of the disease retinitis pigmentosa. In spite of the handicap, he has shown remarkable vision as an owner of four teams in the National Hockey League and the Cleveland Cavaliers of the National Basketball Association. Working with his brother, George, Gordon Gund has had ownership in the California Golden Seals, the Cleveland Barons, the Minnesota North Stars and San Jose Sharks. The Gunds bought the Cavaliers from Ted Stepien in 1983 to keep the team in their hometown of Cleveland. The Gunds purchased naming rights for an arena that was built for the 1994-95 season and became a cornerstone of development of downtown Cleveland. Gund sold controlling interest of the Cavs to Dan Gilbert in 2005 but not until after selecting LeBron James with the first pick in the NBA Draft. The move instantly rebuilt a declining fan base.