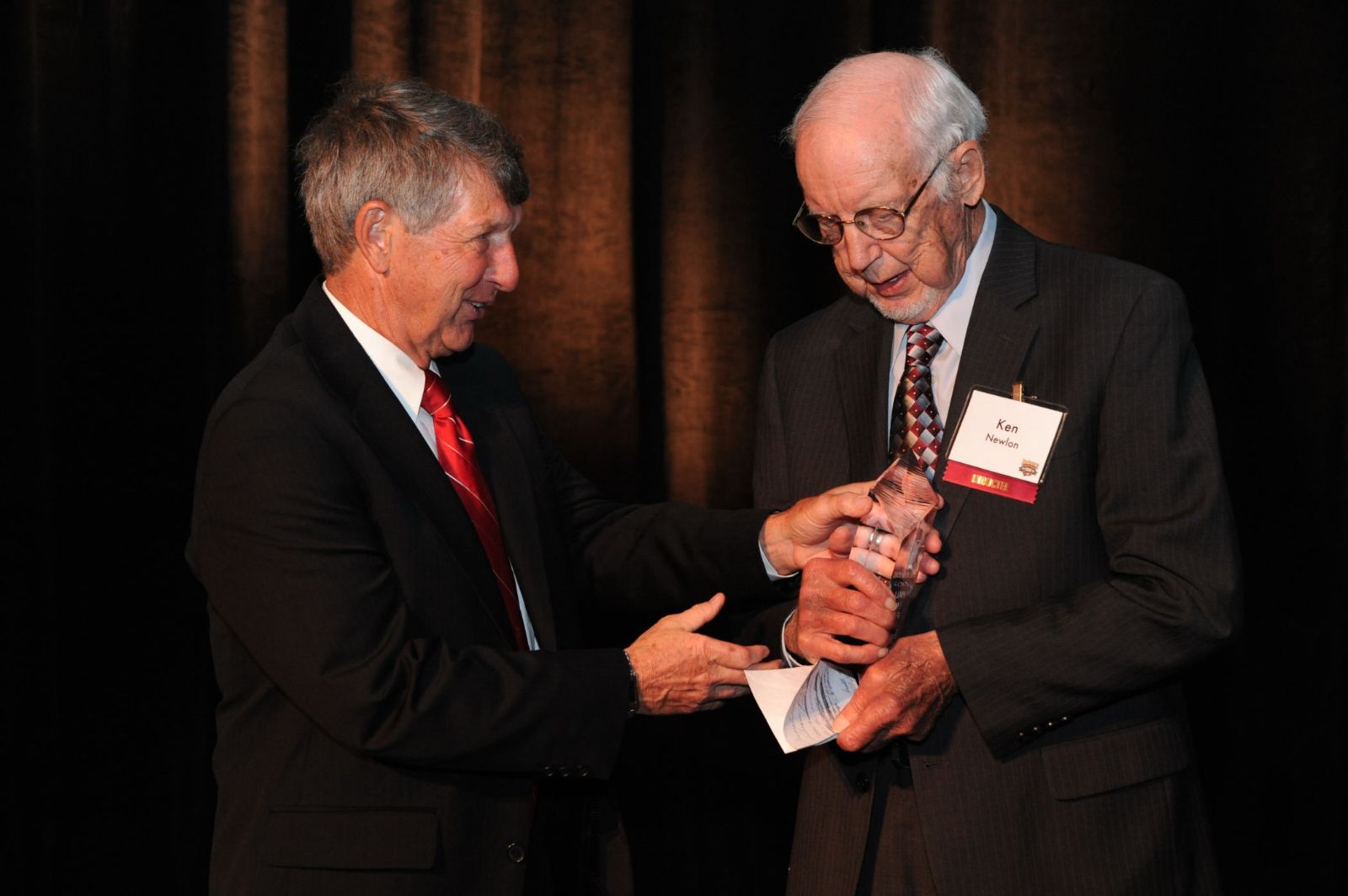 In Ken Newlon’s 34 years as a head boys basketball coach in Ohio, his teams won 527 games and lost 227, a .698 winning percentage. Teams coached by Newlon enjoyed two regional championships and nine district titles. Newlon coached seven years at Stonecreek and two at Strasburg, also in Tuscarawas County, before spending 20 years at Canton Lincoln and five at Canton McKinley. Under Newlon’s guidance, Lincoln reached the state semifinals in 1962 and 1967. Two of Newlon’s teams – Strasburg in 1955-56 and Canton McKinley in 1980-81 — had undefeated regular seasons but did not make it to the state tournament. Newlon was voted Coach of the Year in Ohio in 1980-81. He was elected to the Ohio High School Basketball Coaches’ Hall of Fame in 1987. He passed away April 4, 2012 at the age of 86.