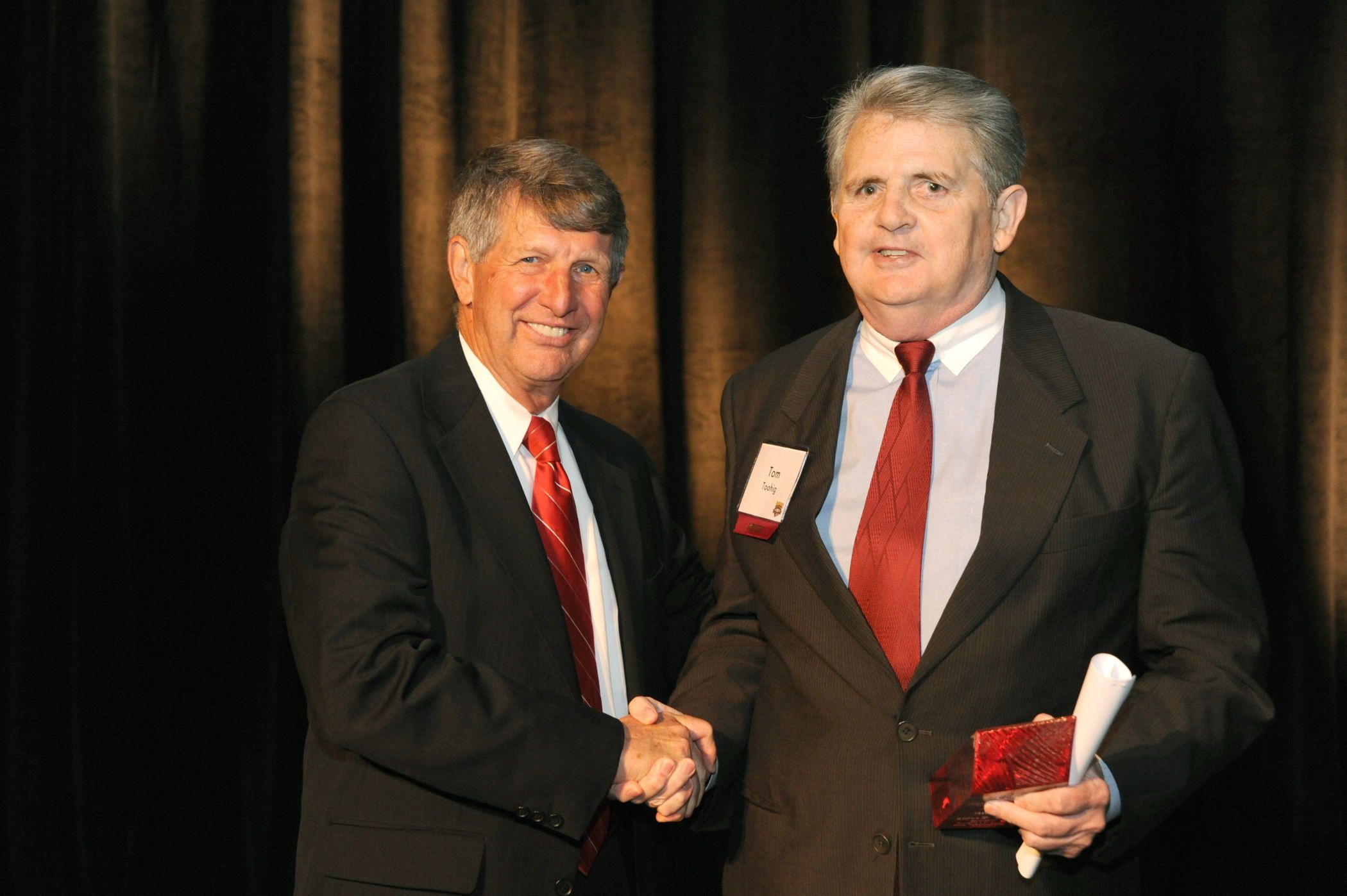 Anyone associated with high school basketball in the Cleveland area over the last half century is probably familiar with Tom Toohig of Twinsburg. In 2005 he completed a 46-year career as a high school basketball official. While working at different times of his life as a school teacher, restaurant owner and private investigator, Toohig officiated for 46 years until his retirement at the end of the 2004-05 season. He began working high school games in 1969 and was chosen to officiate more than 20 regional tournaments. He worked the state tournament in Columbus three times. He officiated NCAA Division III basketball for 26 years. Twenty years ago he was called upon to teach the mechanics of three-person officiating for the Ohio High School Athletic Association. He was an assigner of high school officials for 30 years and still assigns officials for 12 colleges. One of his most enjoyable assignments was working a 1990s high school tournament game in a three-man crew with his sons, Sean and Brian.