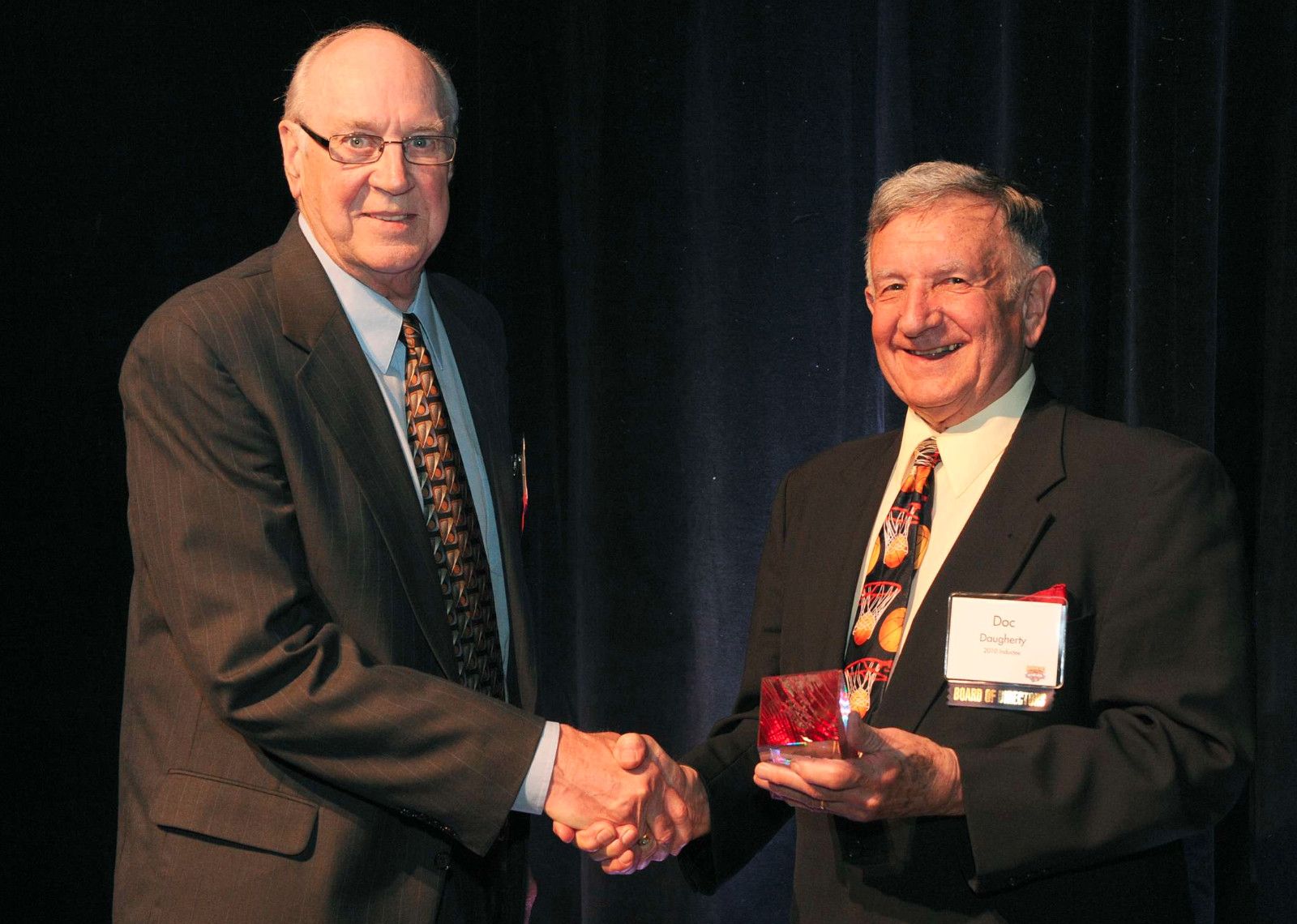 Raised in the small coal-mining town of Campbell Hill, Illinois, Arlen “Bucky” Bockhorn spent a year at the University of Dayton and two years in the Army before becoming a starter for three National Invitation Tournament teams at Dayton, beginning in 1955-56. He is remembered most for seven seasons as a starting guard for the Cincinnati Royals of the National Basketball Association. His back-court partner for five years was Hall of Famer Oscar Robertson. A hard-nosed defender, Bockhorn was regularly assigned to guard the opponent’s best scoring guard. He had some epic battles with Boston Celtics star Bob Cousy. Bockhorn averaged 31.2 minutes per game, with a high of 38.3 in the 1961-62 season. As a sophomore at Dayton, Bockhorn was on a team that had a 25-4 record, finished third in the final Associated Press poll and was runner-up in the NIT. He averaged 10.7, 11.8 and 10.8 points in three UD seasons, averaging 12.4 rebounds in 1957-58 when he was the team’s most valuable player. Since 1970, Bockhorn has provided the color commentary for WHIO radio broadcasts of University of Dayton men’s basketball games.