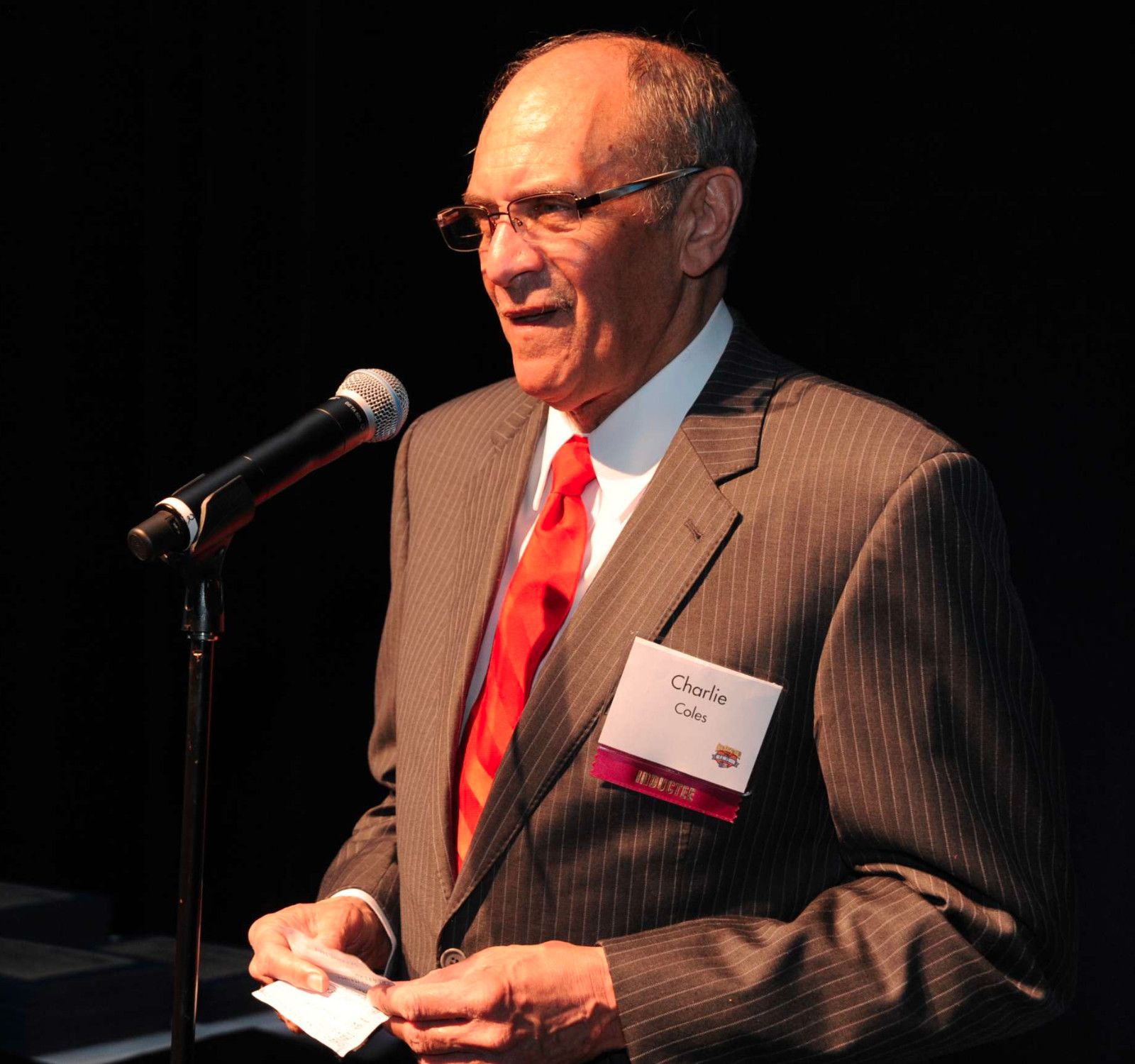 Charlie Coles was the leading high school scorer in the state as a senior at Bryan High School in Yellow Springs where he averaged an amazing 42.1 points per game, scoring 40 or more 15 times and never fewer than 23. He had double-figure scoring averages for three years at Miami University from 1963-65. Miami shared the Mid-American Conference championship in 1964-65. Coles was head coach at Central Michigan University for six seasons during which the Chippewas had a 92-84 mark. He was MAC coach of the year when CMU won the 1986-87 MAC title. Coles returned to Miami as an assistant coach in 1994-95 and became head coach two years later. At Miami Coles became the only coach in MAC history to have his team in the championship game five straight years (1997-2001). Coles nearly died on the sidelines in March of 1998 when he had a cardiac arrest, but one year later his team won two NCAA Tournament games for the first time in school history. Charlie spent 16 years as Miami’s head coach, retiring at the end of the 2012 season with a record of 263 wins.  Charlie Coles died on June 7, 2013 at the age of 71.