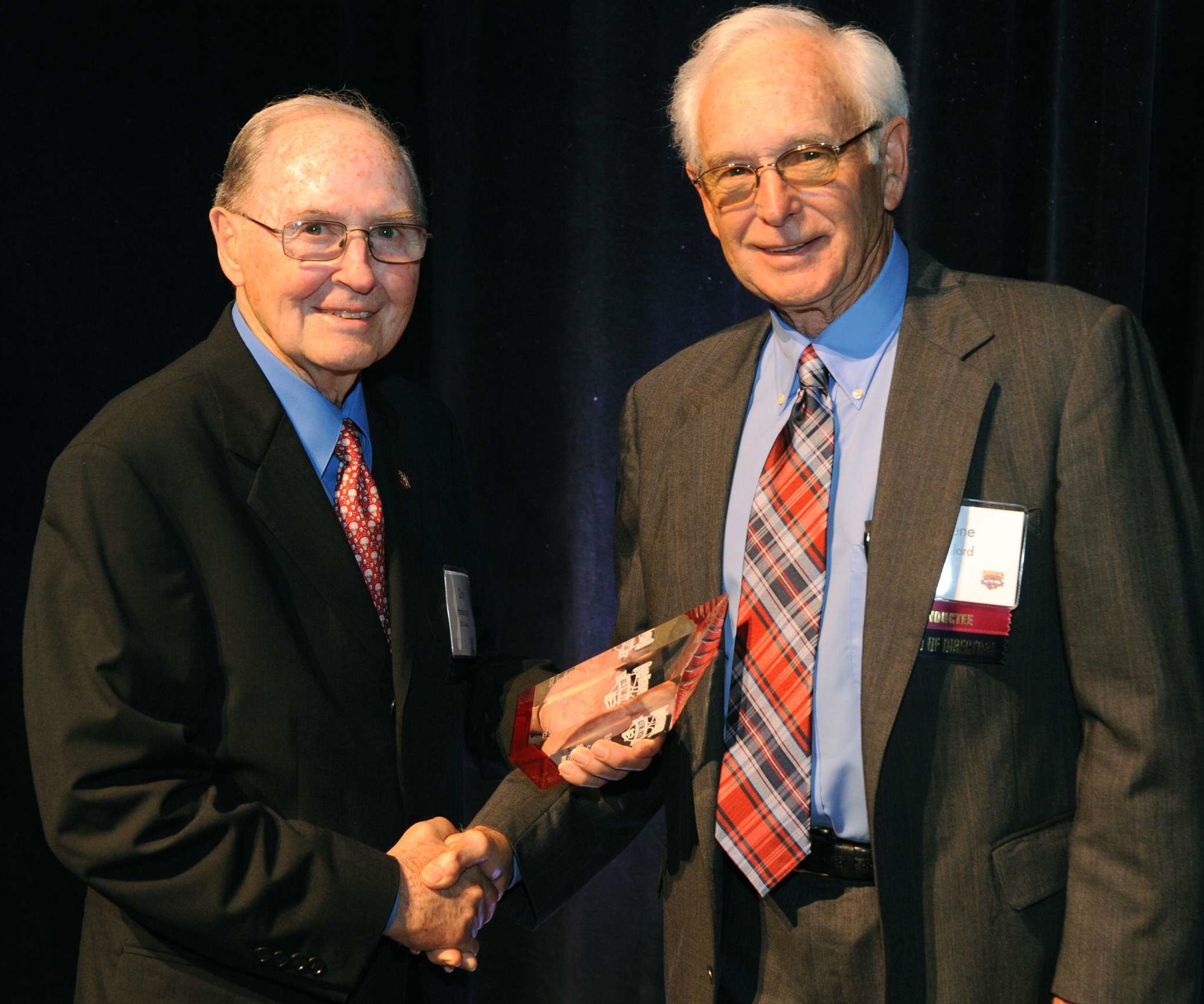 Gene Millard was an outstanding three-sport athlete on city championship teams at Stivers High School in Dayton. Stivers was ranked the No. 1 Class A basketball team in Ohio in 1953, and Millard went on to play guard at Ohio State University. Captain and MVP of the 1956-57 OSU squad, he scored the first basket at St. John Arena.  He coached high school basketball at Washington Court House for four years (1958-62), and at Bexley, where he was athletics director, for 29 (1962-87, 1992-96). His teams won 496 games, 15 league championships and eight district titles. Bexley won the 1983 state Class AA championship. Called out of retirement to coach the Bexley girls in 1998, he guided them to a 19-1 record.  Millard had a great impact on the Bexley community by supervising the elementary, middle and high school basketball programs and initiating the city recreation department’s summer programs. He was director of the North-South All-Star game for six years and a member of the Ohio District 10 Basketball Coaches Association board for 12 years. He serves on the Board of Directors for the Ohio Basketball Hall of Fame.