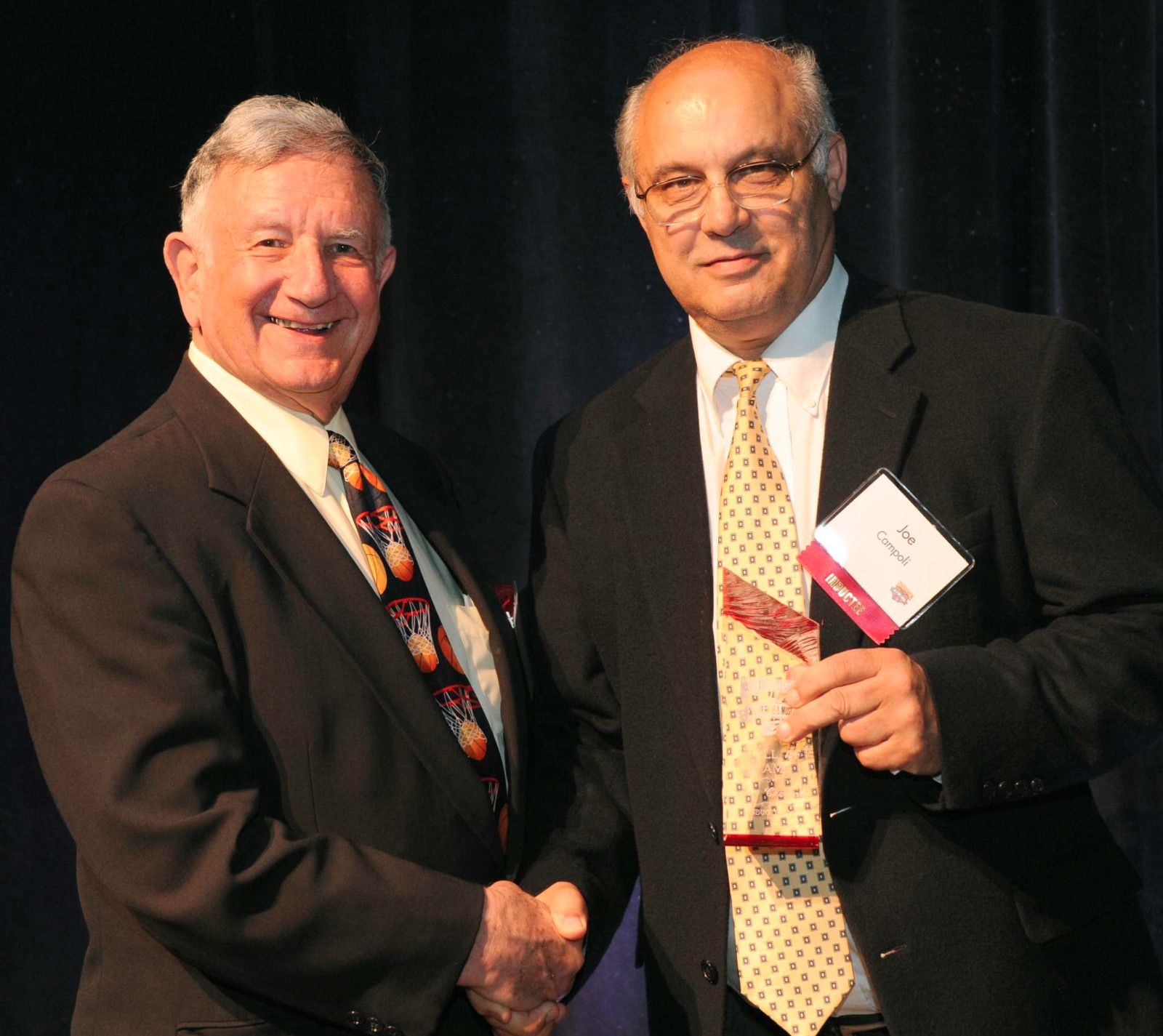 After spending 17 years as an assistant coach at Ohio Northern University, Joe Campoli was appointed ONU’s head coach in 1992, at the age of 49, and became only the second first-year head coach to win an NCAA Division III national championship.  Over 13 years in which there was not a losing season, ONU teams coached by Campoli won 254 games and lost 101. His .715 winning percentage is the all-time high at Ohio Northern.  The Polar Bears won five Ohio Athletic Conference championships and four OAC Tournaments. They made seven NCAA Tournament appearances and two trips to the Final Four. They defeated Augustana (Ill.) for the 1993 NCAA Title and lost the 2001 championship game to Illinois Wesleyan.  Campoli was selected as NCAA Division III National Coach of the Year in 1993 and 2001 and was named OAC Coach of the Year four times. He won the prestigious Vince Lombardi Award, given by UNICO, in 2001.