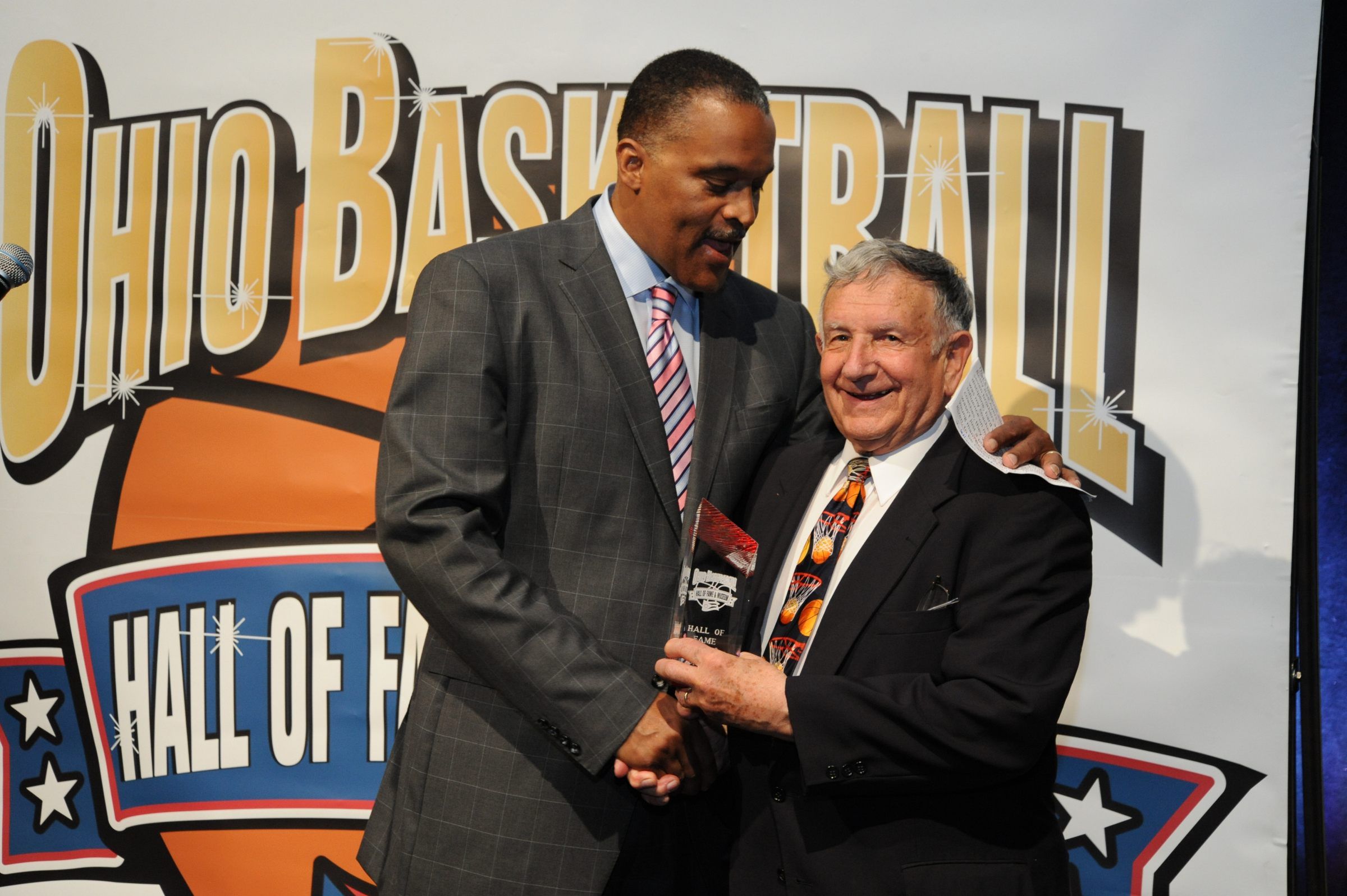 Randy Ayers excelled both as a player at Springfield North High School and Miami University and as a coach at Ohio State University and in the National Basketball Association. He was the Ohio high school Class AAA player of the year in 1974 before earning four letters at Miami where he was a starter on the team that knocked off top-seeded Marquette in the 1978 NCAA Tournament. He launched his coaching career at Miami while obtaining a graduate degree. Then he was an assistant at West Point and Ohio State. After six years on the OSU staff he was named head coach in 1989. His Buckeyes won Big Ten Conference championships in 1991 and 1992 while achieving overall records of 27-4 and 26-6 only to lose in the NCAA Regional both years. Ayers was voted national coach of the year in 1991. His coaching record at OSU for eight seasons (1989-97) was 124-108. He moved to the NBA as an assistant coach with the Philadelphia 76ers in 1997. He was elevated to head coach of the 76ers for the 2003-04 season but was replaced after 52 games. He then served as an assistant at Orlando, Washington and Philadelphia. He is currently an assistant coach with the New Orleans Pelicans.  He and his wife Carol have two sons, Ryan and Cameron.