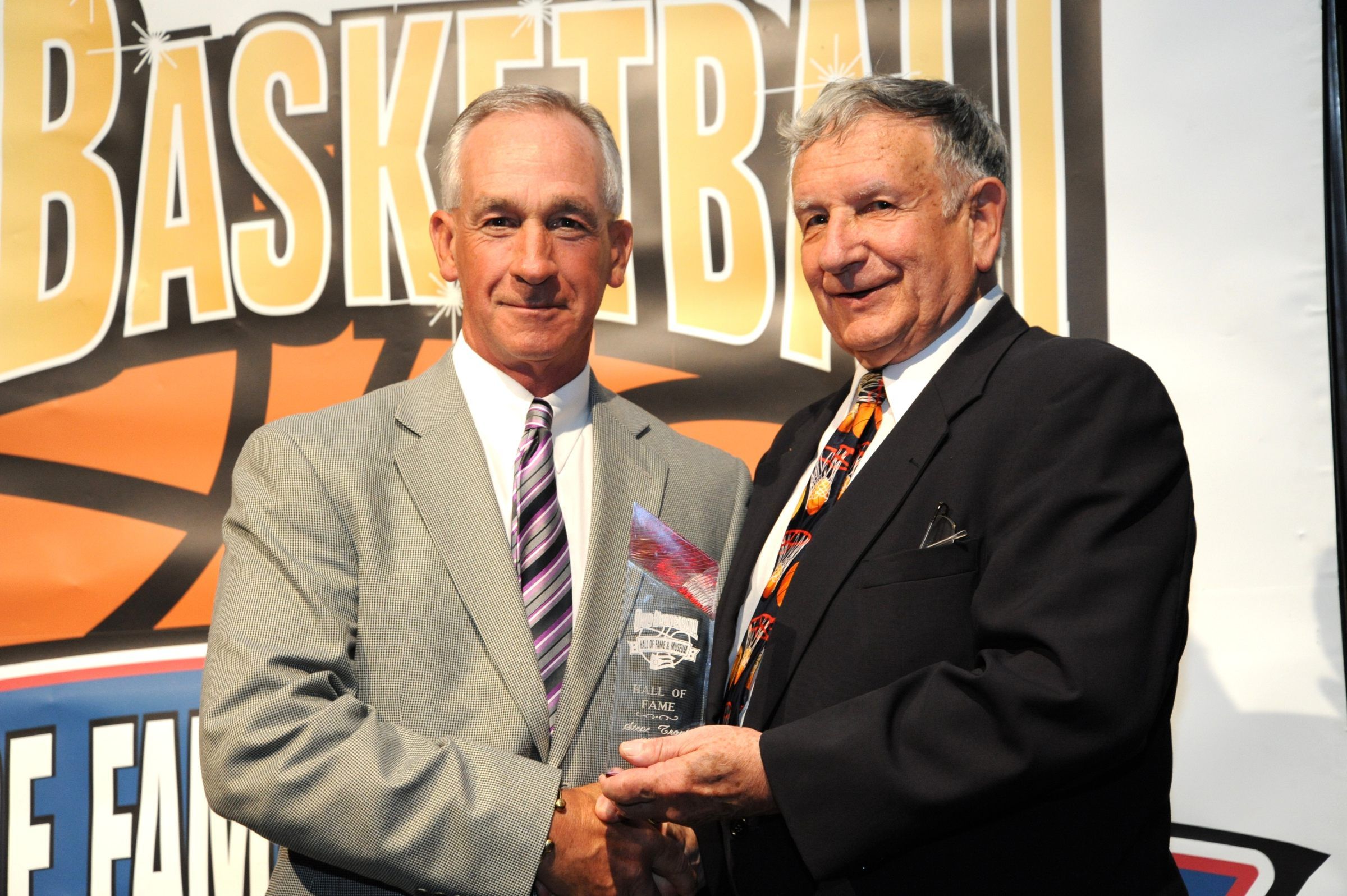 Steve Trout has been officiating basketball for 34 years. He first made the striped shirt part of his wardrobe in 1978 – four years after graduating from Findlay College. Eight years later he worked his first boys state basketball tournament, and he has worn the whistle at 15 more state tournaments over four decades. He began officiating men’s collegiate basketball in 1988 and worked his first NCAA Division III men’s basketball Final Four in 1998. He has officiated for the Mid-American Conference, Ohio Conference and North Coast Conference. A lifelong resident of northwest Ohio, he served as the local basketball rules interpreter for the Lima Basketball Officials Association from 1985-95. He is presently the coordinator of the Ohio High School Athletic Association basketball officials training camp, which trains 140 prep officials each summer, and he has been a clinician at many basketball camps around the state. He is the secretary/treasurer for both the Ohio Association of Basketball Officials and the Grand Lake Officials Association, which he helped create in 2009.