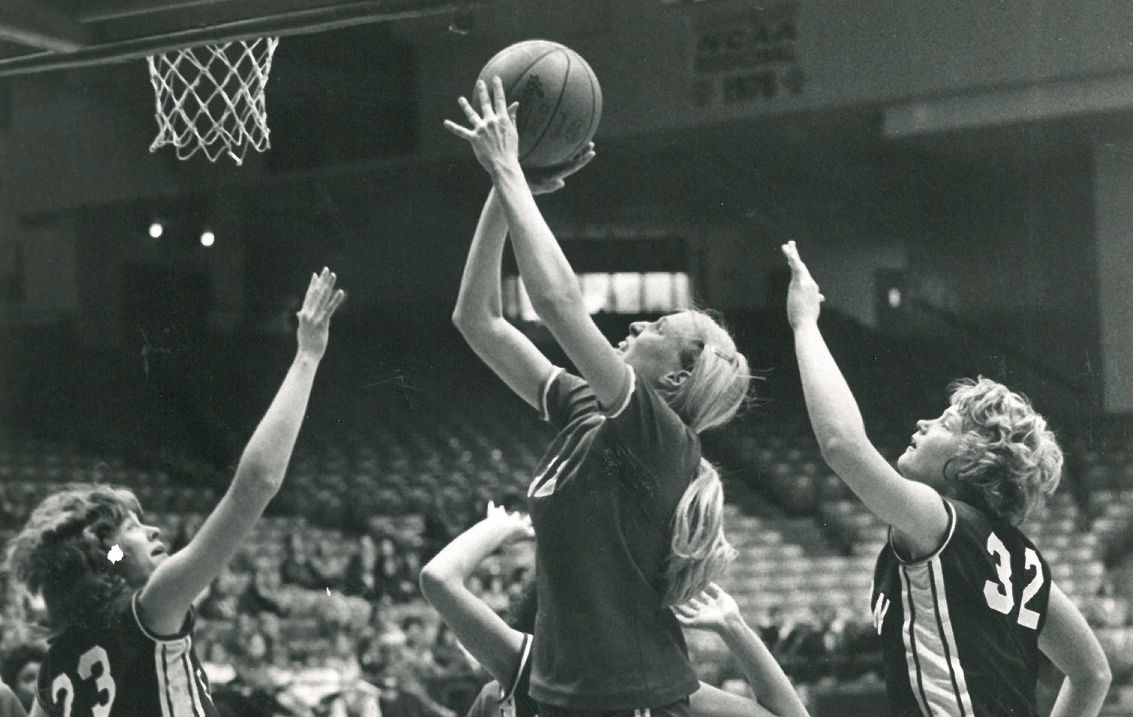 The University of Dayton did not offer full scholarships to female athletes in 1976. If there had been one available, Ann Meyers certainly would have received it. Her scholarship was half for academics and half for athletics.

Forty years later she is still the most accomplished woman athlete ever to represent UD.

Meyers became a three-time All-American in basketball in 1980 when she led UD (36-2) to the AIAW (Association of Intercollegiate Athletics for Women) Division II national championship. She scored 40 points in the 83-53 victory over the College of Charleston, (SC), in the final.

The 6-foot-1 Meyers didn't play basketball until her junior year in high school because the school didn't have girls teams until then.  She averaged 26.5 points over two years in basketball and was outstanding in softball and volleyball.

At UD she played basketball for four years and was the leading scorer and rebounder. She averaged more than 20 points per game in her career, finishing with a school record 2,672 points.