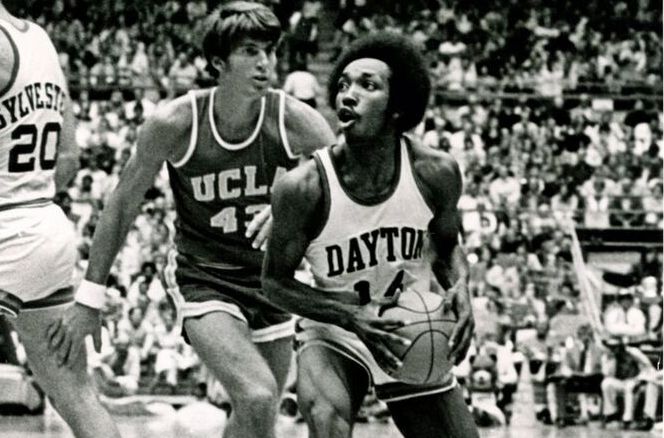 Johnny Davis was a very quick 6-foot-2 guard who could stop in the lane and rise above everyone for a jump shot as though he was on a pogo stick. Davis, who played for Murray-Wright in Detroit's Public School League, had as great an immediate impact as any freshman player ever at the University of Dayton in 1973-74.

The Flyers had back-to-back 13-13 seasons prior to his arrival, but the same group improved to 20-9 with Davis starting at point guard. In an NCAA Tournament game they took powerful UCLA, with Bill Walton, to three overtimes before losing.

After scoring 1,562 points in three seasons, Davis left Dayton to enter the NBA and provide for his mother. He was drafted by Portland and again his presence was felt immediately.

He replaced injured Dave Twardzik in the starting lineup in the playoffs, and the Blazers couldn't have won the NBA championship without him. He also played for Indiana and Atlanta in an 11-year career. Since then Davis has been the head coach of two teams and an assistant coach for 10.