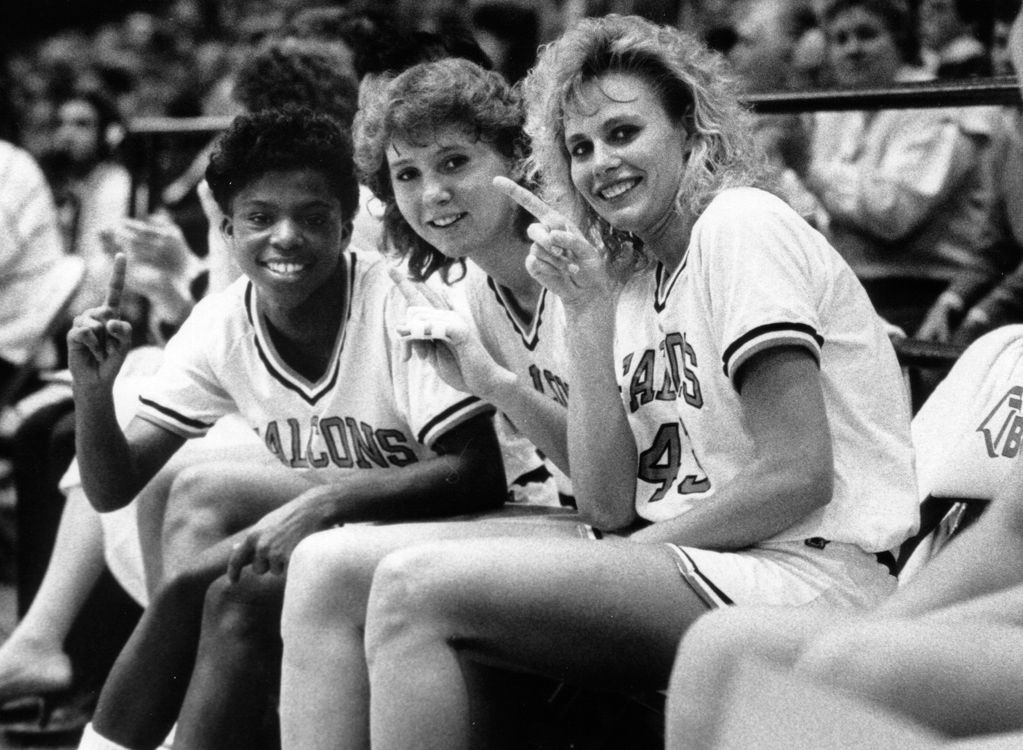 Jackie Motycka had a strong influence on her teams at Convoy Crestview High School and at Bowling Green State University. The statistics show it. In Motycka's freshman year at Crestview, the Lady Knights had an 8-9 record. Over the next three seasons the records were 16-5, 22-2 and 24-2. In Motycka's freshman year at Bowling Green State University, the Falcons had an 18-10 record, but over the next three years their records were 27-3, 24-6 and 27-4. At Crestview, the 6-foot Motycka still holds records for career points (1,742) and rebounds (950).  She scored 268 points as a freshman, 496 as a sophomore, 477 as a junior and 501 as a senior when the Lady Knights advanced to the Class A state final. At Bowling Green she made the All-Mid-America Conference team four years, was MAC Player of the Year twice and led the Falcons to three straight MAC league and tournament titles. She had career averages of 18.1 points and 6.8 rebounds.