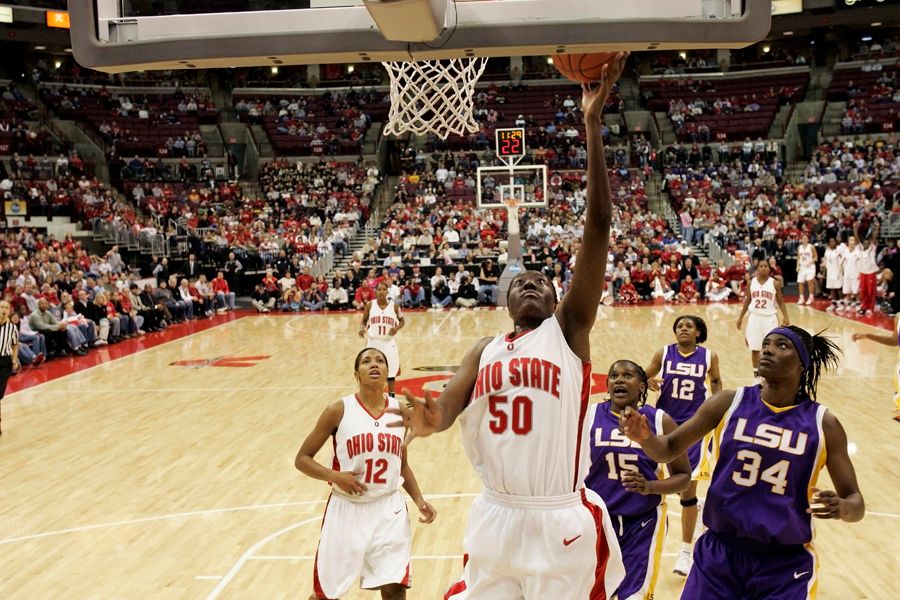 After making the All-Ohio Division I first team in 2002 and 2003 while playing for Independence High School of Columbus, the 6-foot-5 Jessica Davenport was a three-time Big Ten Conference Player of the Year at Ohio State University while leading the Buckeyes to three straight Big Ten championships. She played in 130 games over four years at Ohio State, averaging 17.7 points and 8.4 rebounds per game. With Davenport at center as a freshman in 2003-04, the Buckeyes finished third in the Big Ten. Then they won conference championships with records of 30-5, 29-3 and 28-4. Davenport was selected second overall by San Antonio in the 2007 WNBA draft, but was traded immediately to the New York Liberty. She played two seasons in New York and five with the Indiana Fever. She also was a member of the United States women's national team in 2005 and 2006, while at OSU, and in 2007 and 2008, while a member of the New York Liberty.