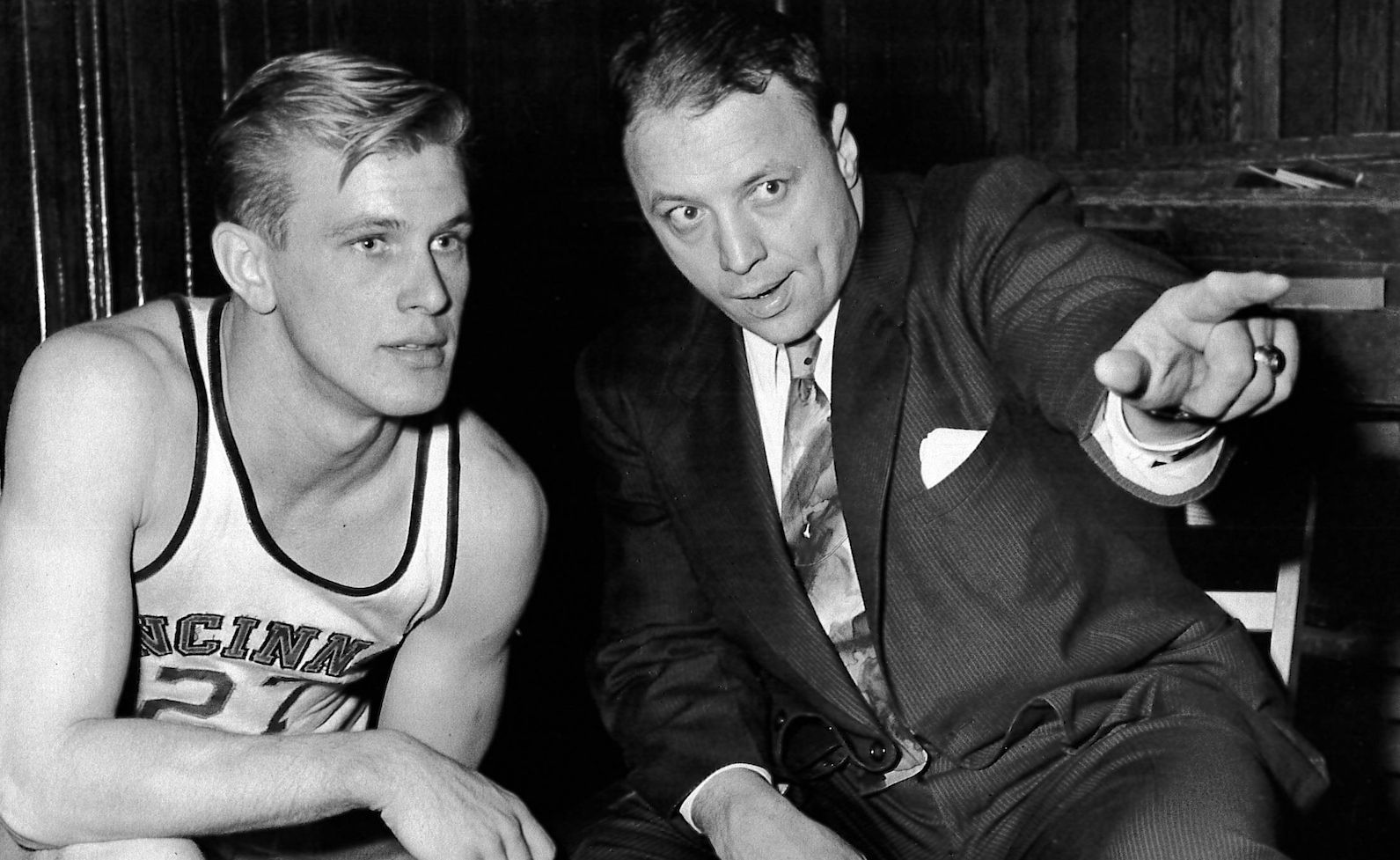 Jim Holstein played on the 1948 Hamilton Catholic High School team that was runner-up in the Ohio High School Class A tournament with a 27-2 record. The 6-foot-3 guard was a three-year starter at the University of Cincinnati and led the Bearcats in scoring all three years, scoring 1,146 points in 75 games for a 15.3 per game average. UC had records of 20-6, 18-4 and 11-16 in those three seasons, winning the Mid-America Conference championship in 1950-51. Holstein was the Bearcats’ MVP as a senior in 1951-52, when he also led the team in rebounds.  Selected by Minneapolis of the NBA in 1952, he played four seasons for the Lakers and was a member of NBA championship teams in 1953 and 1954. His teammates included George Mikan, Jim Pollard, Vern Mikkelsen, Jim Pollard, Slater Martin and Clyde Lovellette. Holstein was head coach at St. Joseph’s College in Rensselaer, Indiana, for 11 seasons. He left St. Joe’s to coach at Ball State University for five seasons, and then went on to serve as head coach and athletic director at Saint Francis College from 1977 until 1992.  He died on December 16, 2007 in Florida.