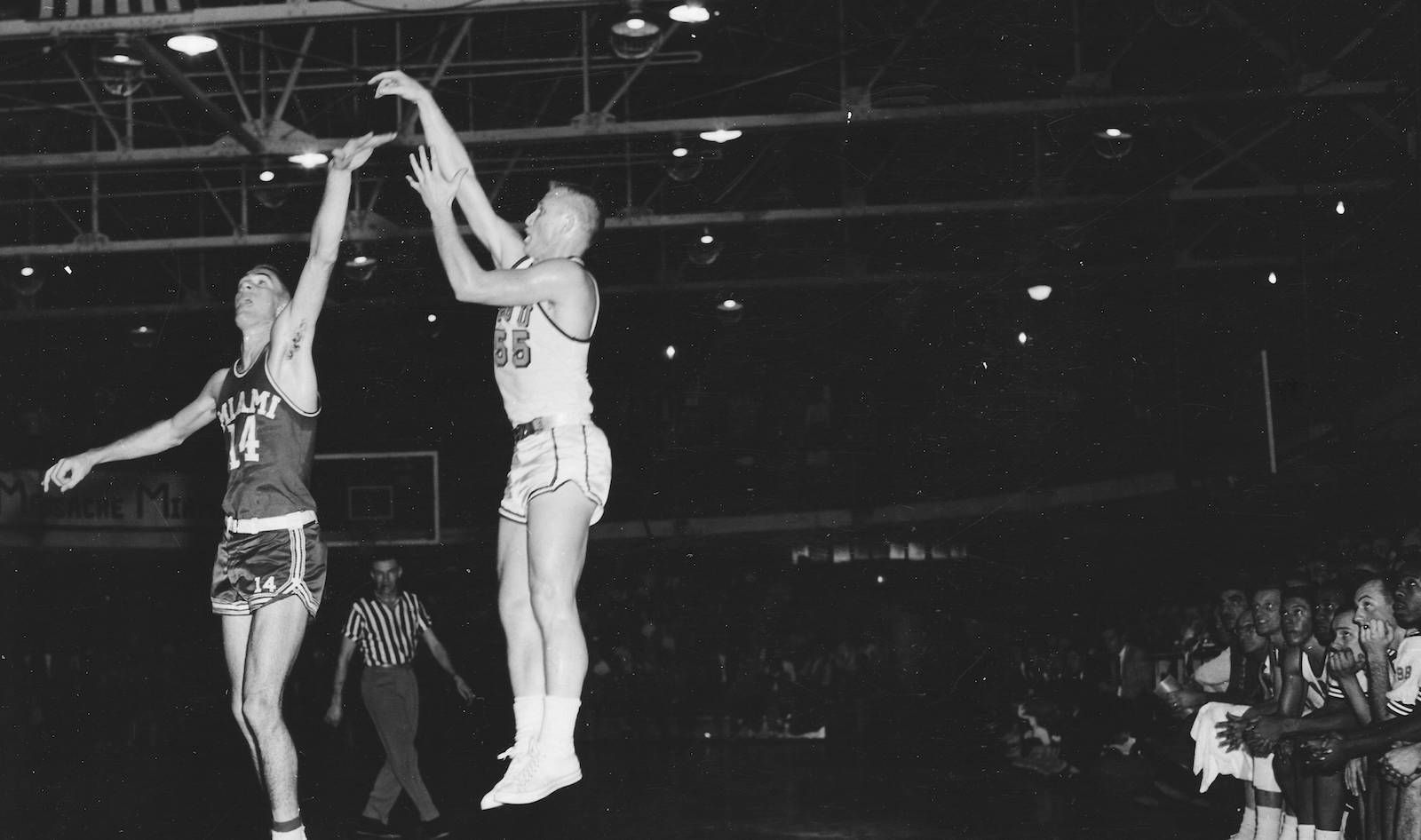 Jimmy Darrow made the Associated Press All-Ohio Class A first team in 1955 and 1956 while averaging 19 and 20.1 points at Akron South High School. The 5-foot-10, 170-pound guard then bolstered Bowling Green State University's basketball squad with his amazing scoring ability. He led Bowling Green in scoring three straight years and was the first Falcon to make the All-Mid-America Conference team three times. He scored 1,740 points, averaging 24.2 points over his career. With Darrow leading the way, BG won the 1958-59 Mid-American Conference championship. In 1960 Darrow scored 705 points, finishing second in NCAA scoring to Cincinnati's Oscar Robertson. He won the MAC scoring title with a 30.9 average in conference games. He set a BG single game record by collecting 52 points in a game twice in 1960 – versus Toledo in January and Marshall in February. He was picked on several All-America teams and started in the East-West All-Star Game. He played two years with the Akron Goodyear Wingfoots of the National Industrial Basketball League and briefly with the St. Louis Hawks of the NBA.