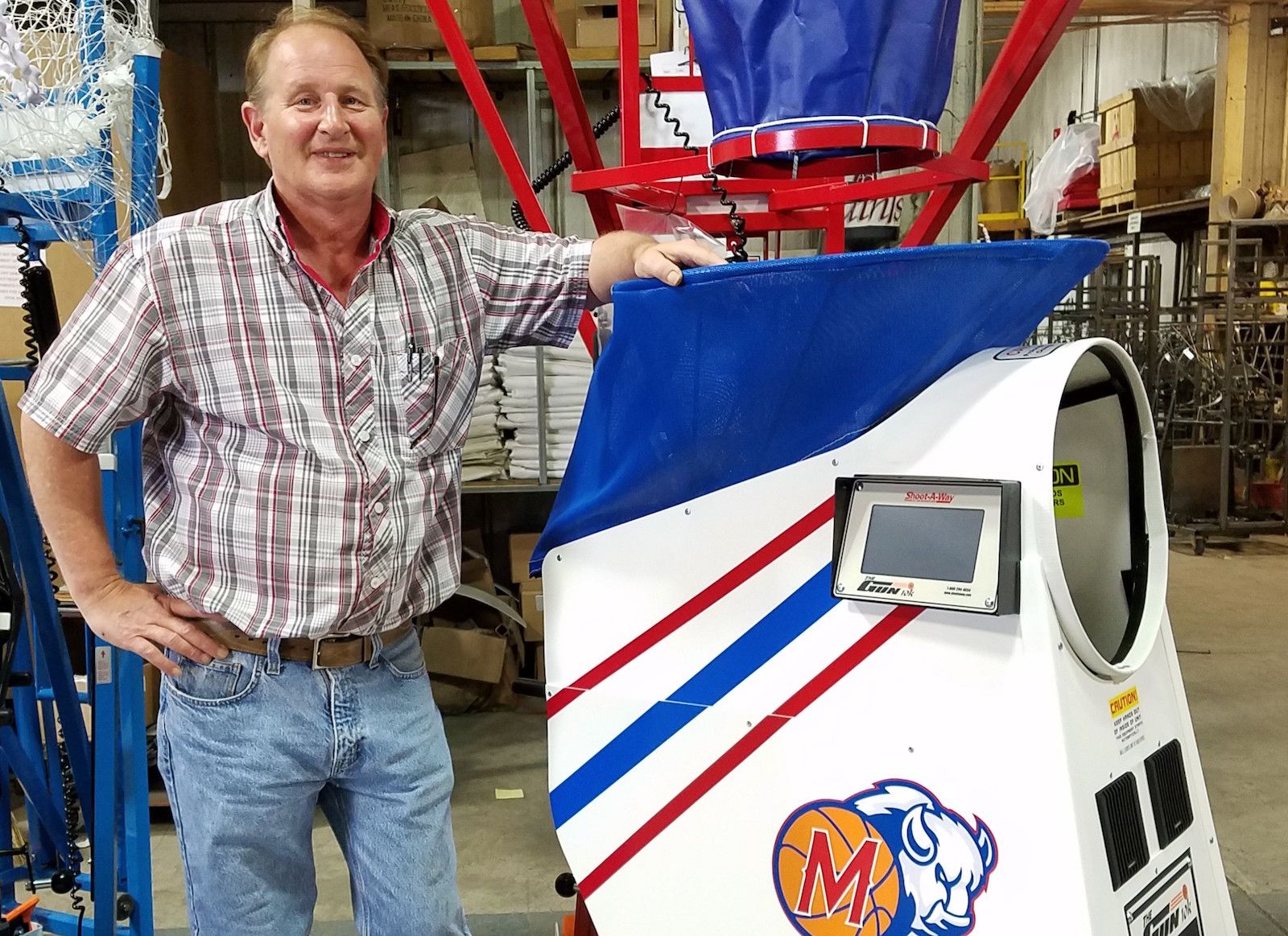 John Joseph - Contributor to the Game

John Joseph was in junior high school when he developed a basketball return system so he could take more shots in a shorter period. He re-designed his system while a student at Ohio State University and offered it to basketball coaches as a tool for improved shooting. The coaches were skeptical at first, but they are skeptical no more. In 2017, there were 15,000 of Joseph's basketball Guns being used by high schools, colleges and National Basketball Association teams. Joseph's first machine, which he called “Shoot-A-Way,” was stationed under the basket and merely returned the ball on a track to the shooter. Ten thousand of those were produced at the shoot-A-Way factory in rural Upper Sandusky. In 1998 he invented “The Gun,” an automated device that retrieves the ball from a net and shoots it back to the player at a previously set speed and time. This function allows a player to take up to 1,800 shots in an hour or as many as 200 shots in 10 minutes. The newest version of The Gun, released on Sept. 1, 2009, has a touch pad to direct the pass, a time-delay button and the ability to direct a set number of passes to a specific spot before moving to the next spot. The user can also print out a receipt of his/her makes, attempts and percentage.