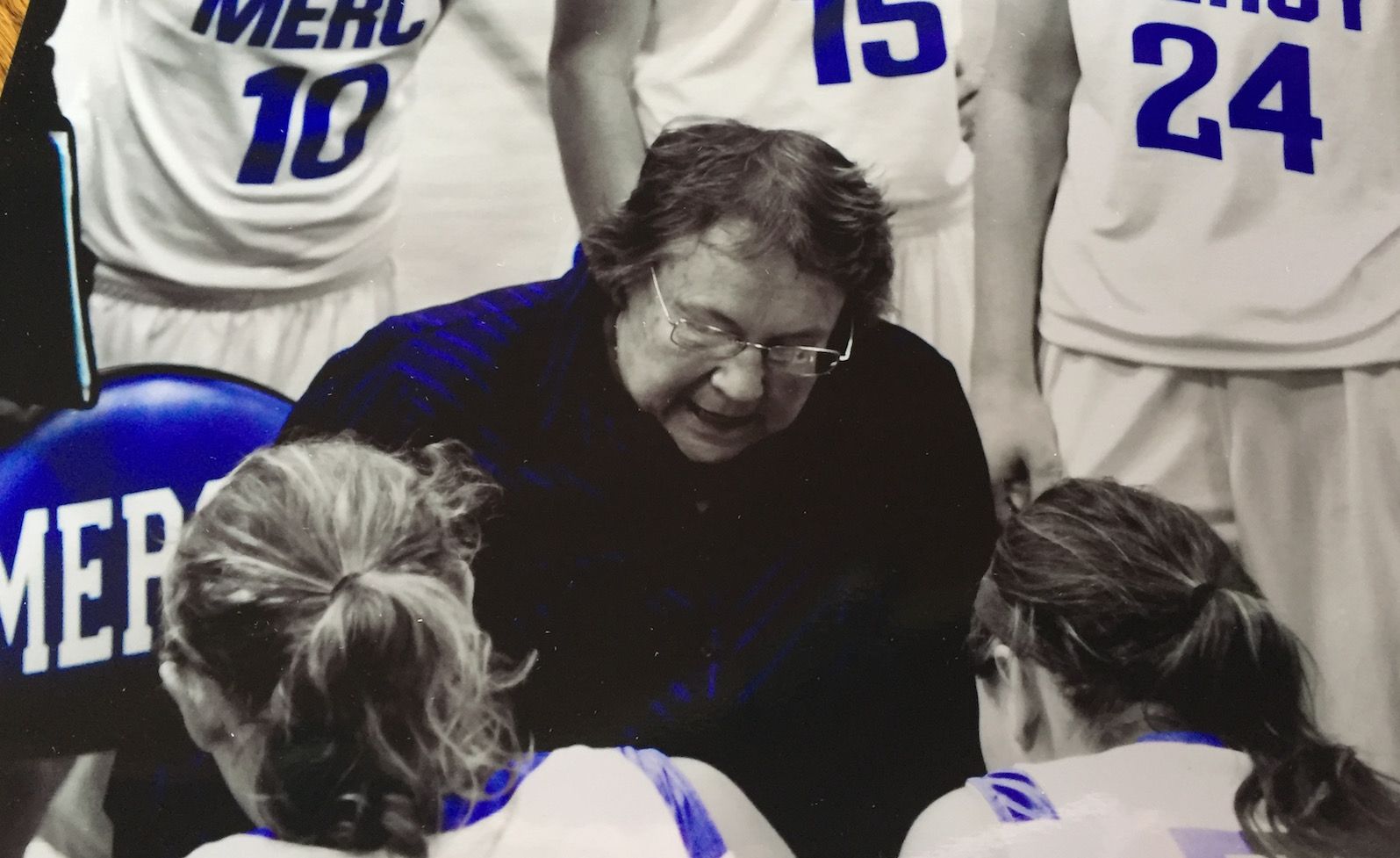 Mary Jo Huismann has an extraordinary record of service to high school sports that few have duplicated. In spite of having little opportunity to participate during her high school and college years, Huismann has been a true pioneer. Mother of Mercy High School in Cincinnati, a girls school that did not have a sports program when she joined the teaching staff in 1972, now has 11 sports and 22 teams. She has been director of athletics, head basketball coach and track and field coach. Ohio held its first state high school basketball tournament for women in 1976, and four years later Huismann guided her Mother of Mercy team to the Class AAA championship game. The Bobcats returned to the finals in 1989 and 1990 only to come up short. In Huismann's 44 years as head coach, Mercy teams have accumulated 672 victories and 315 losses. The school has won 17 Greater Cincinnati Championships, 15 District titles and three regionals. The Ohio High School Coaches Association selected her as coach of the year in 1988, 1991 and 1995.