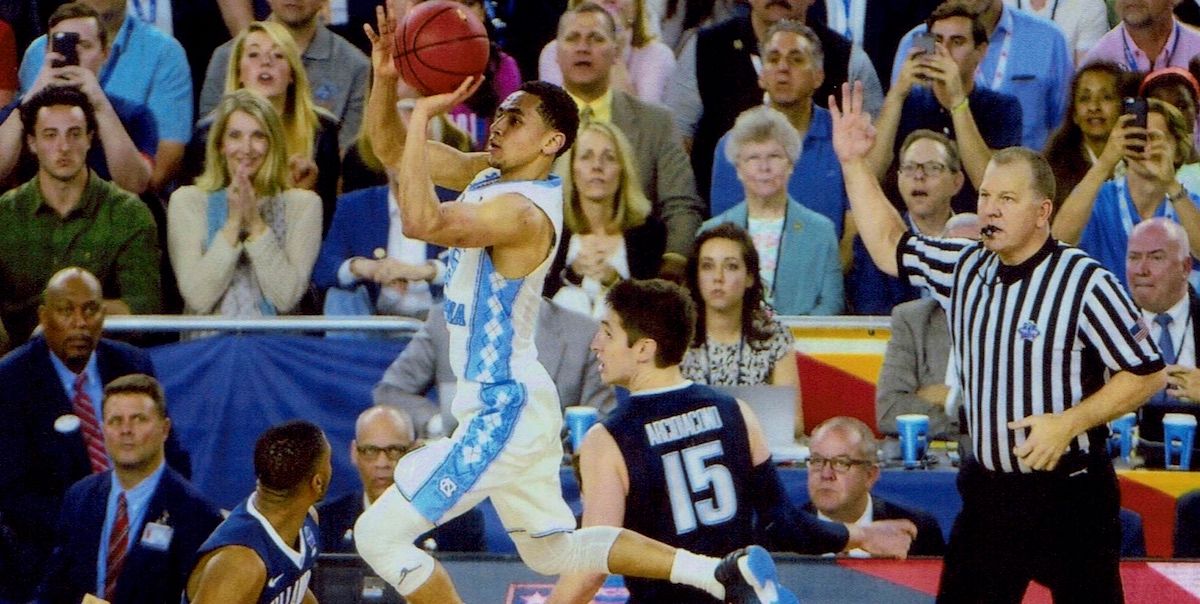 Where were you when Villanova's Kris Jenkins sank a buzzer-beating 3-point shot against North Carolina to give the Wildcats the 2016 NCAA Men's Basketball Championship? Terry Wymer got a close look at it. He was one of the three men on the court officiating the game in Houston. Drawing the prestigious assignment was one of many honors the Ohio native has received in 34 years as a basketball official. But it wasn't his first trip to the Final Four. He worked national semi-final games at Atlanta in 2013 and Houston in 2014. In 1984, two years after graduating from Findlay College where he played baseball and football, Wymer began officiating high school basketball. He wore the whistle at prep games for 10 years and decided to pursue Division I college officiating after working a 1994 Ohio boys state tournament game. The Mid-American Conference gave him his first assignments in 1994 and it wasn't long before he was added  to other league rosters. As of 2017, he was officiating in the American Athletic, Atlantic Coast, Atlantic 10, Big Ten, Big 12, Mid-American and Southeastern conferences and the Horizon League. Wymer has drawn NCAA Tournament assignments in 16 of the last 17 years, advancing to the Sweet 16 and Elite 8 games 10 times. He has worked five Big Ten Tournament championship games and 10 Mid-American Conference finals. Terry officiated the Atlanta Regional NCAA game in 2018 followed by the 2018 National Championship Game in San Antonio.