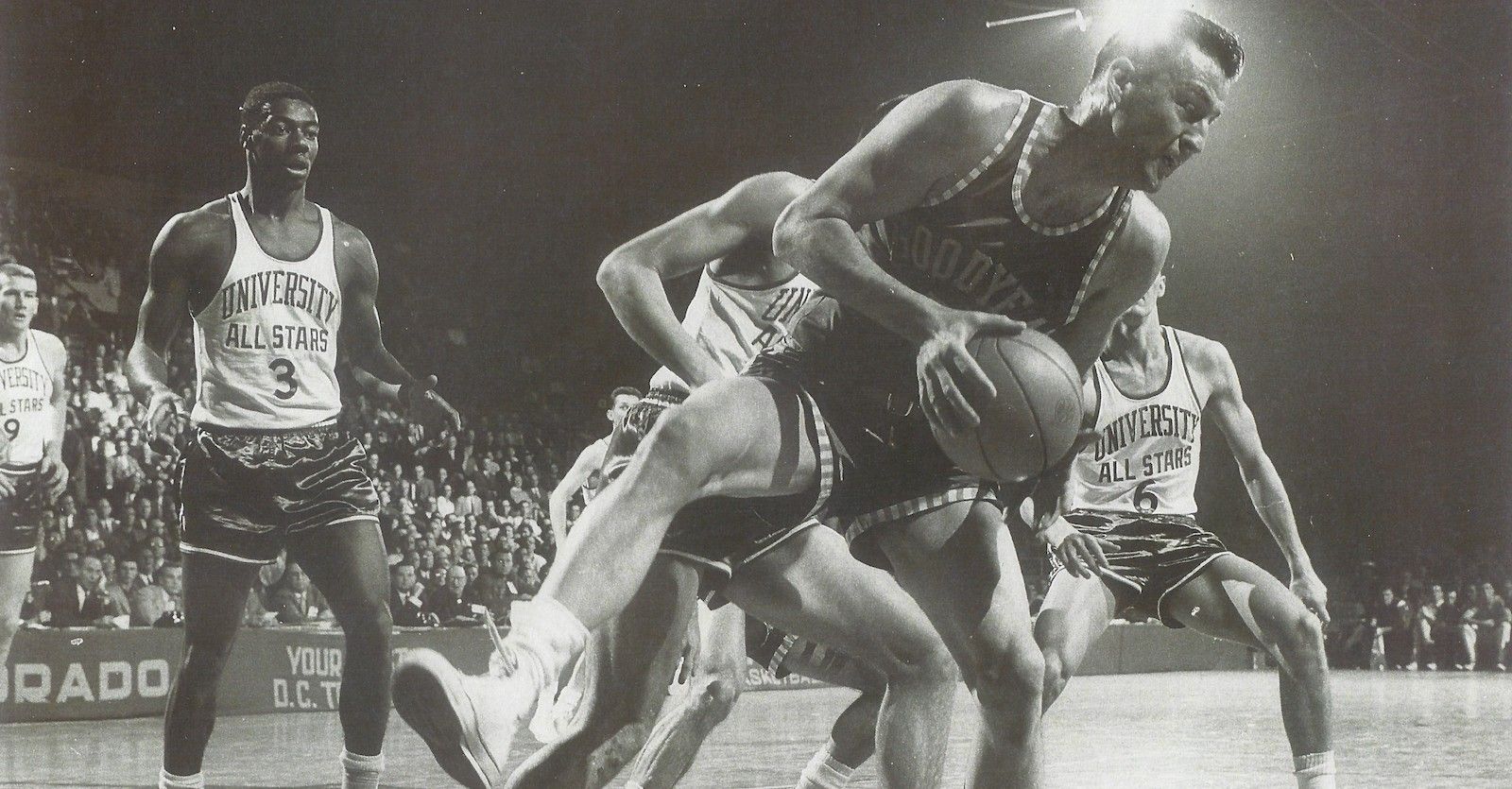 After graduating from Pomeroy High School, Charlie Slack got a late start on his college basketball career because he enlisted in the Air Force and spent four years in the service during the Korean War. During that time he played on Air Force basketball, baseball, and football teams.

The 6-foot-5, 220-pound forward enrolled at Marshall University in 1952 and immediately became known for his rebounding prowess. Marshall joined the Mid-American Conference at the beginning of his sophomore year, and Slack led the MAC in rebounding three straight years.

In the 1954-55 season he set an NCAA record for average rebounds in a game with 25.6. Although he was drafted by the NBA's Detroit Pistons, he chose instead to join the Akron Goodyear Wingfoots of the National Industrial Basketball League. In one game he scored 42 points and grabbed 35 rebounds.

He played in the 1960 Olympic Trials for a team that lost to the Oscar Robertson-Jerry West-Walt Bellamy college squad and was selected as an alternate for the U.S. Olympic team. When his basketball career ended, he remained with the Goodyear company and retired after 35 years.