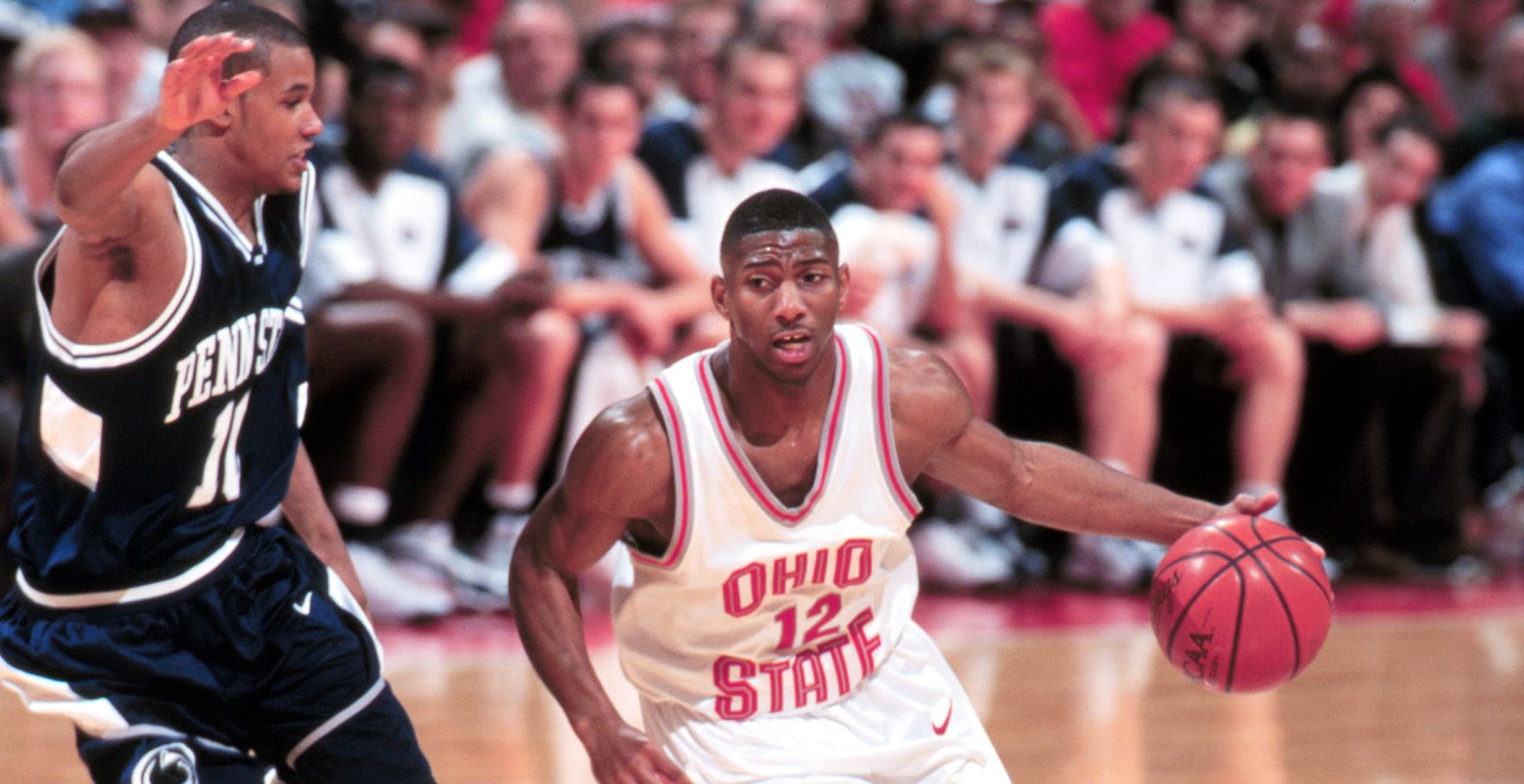 Scoonie Penn, a 5-foot-11 point guard, led Ohio State University to the Final Four in 1999 after transferring from Boston College where he had made the All-Big East squad twice.

At BC, Penn led the Eagles (22-8) to the NCAA West Regional final in 1997, but he transferred to OSU after his coach at BC, Jim O'Brien, became coach of the Buckeyes.

After sitting out a year, he moved into the starting lineup for the Buckeyes and was an All-Big Ten Conference selection twice and the league's Player of the Year in 1998-99. That was the season when the Buckeyes advanced to the Final Four only to have the appearance scrubbed from the record when the NCAA found OSU and Coach O'Brien guilty of a recruiting violation.