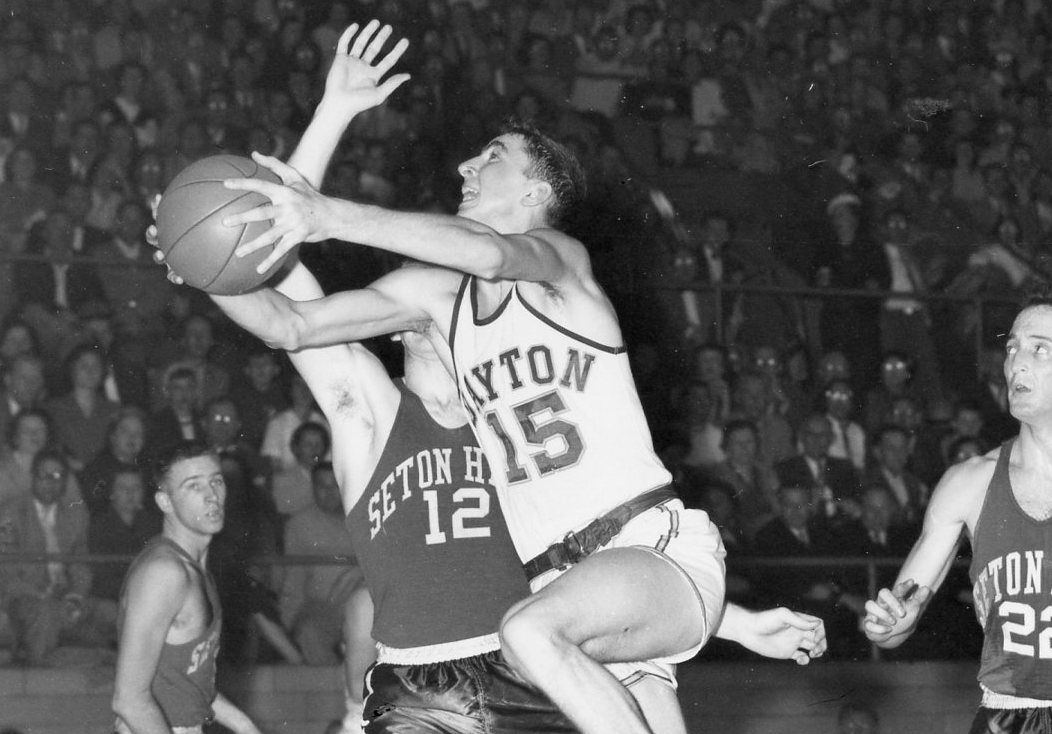 The University of Dayton recruited John Horan from St. Paul, Minn., in 1951 and the slender 6-foot-8 center-forward who became known as “The Vertical Hyphen” delivered four productive seasons.

He was a key player on squads that produced a cumulative 94-29 record and earned a national reputation. Horan started at forward as a freshman in a rare season when UD played in both the National Invitation Tournament and the NCAA Championship. The Flyers won three games in the NIT before losing to LaSalle in the championship game. Then they lost to Illinois in an NCAA Tournament first round game.

Horan moved to center as a sophomore following the graduation of All-American Monk Meineke and went back to forward as a junior and senior when 7-foot Bill Uhl became the center.

The Flyers played two NIT games in Horan's junior year and advanced again to the NIT championship game in his senior year, losing to Duquesne.