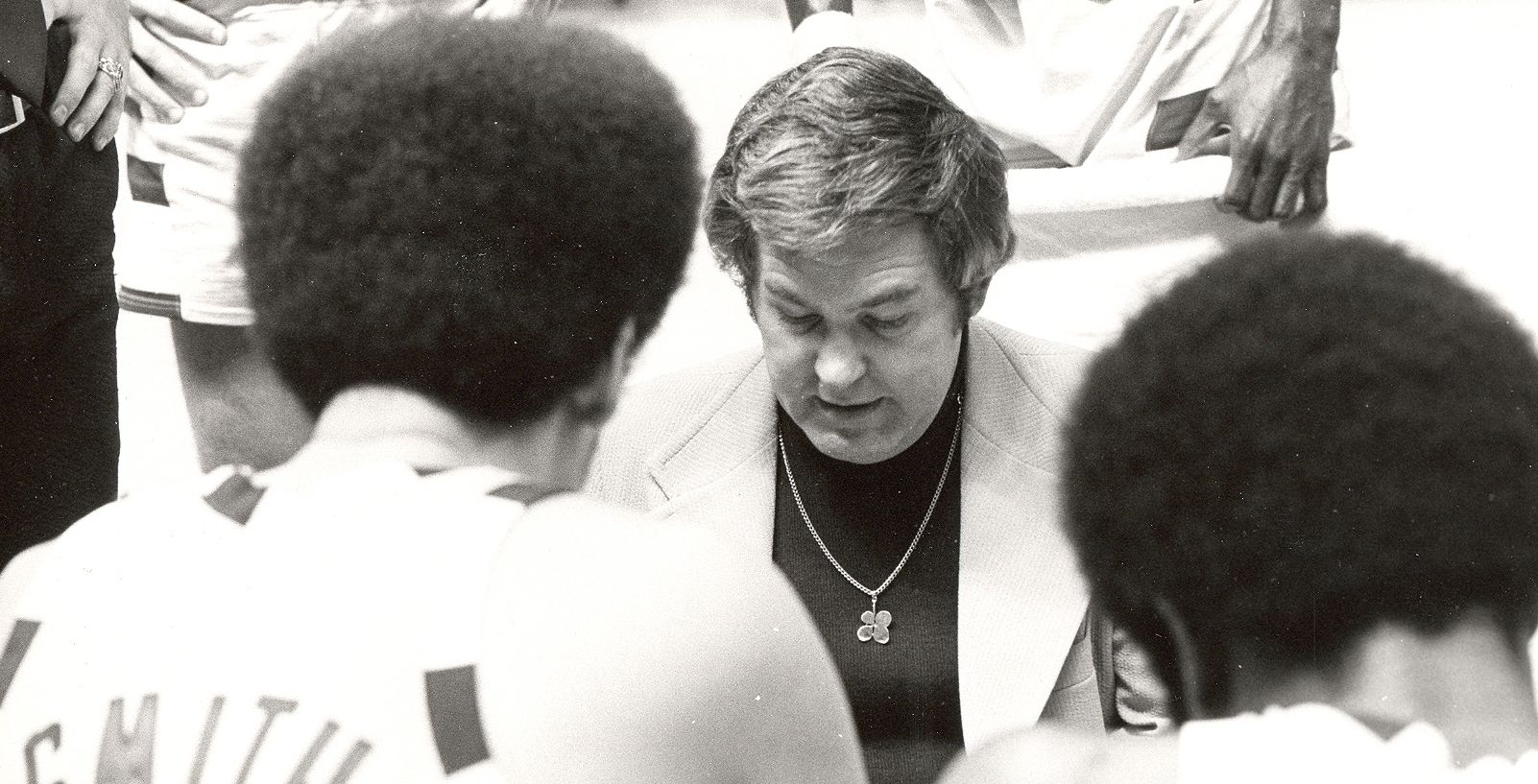 During his 25-year professional coaching career, Bill Fitch often was called upon to resurrect floundering organizations, and he did so well enough to rack 944 NBA victories to rank 10th on the all-time list. In 1996, he was named one of the NBA’s Ten Greatest Coaches of All-Time.

A product of Davenport, Iowa, Fitch’s first head coaching stint was from 1958-62 at Coe College, his alma mater. From 1962-67, he directed North Dakota to the NCAA Division II Tournament three times. His one season as the head coach at Bowling Green (1967-68) also was a success as the Falcons captured the Mid-American Conference title with a 10-2 league record and 18-7 mark overall. It was on to the Big Ten form there as Fitch was tabbed to be the new head coach at the University of Minnesota.

When the Cleveland Cavaliers became an expansion franchise in 1970, Fitch was the man to take the reins as head coach. The Cavs finished their inaugural 1970-71 season with a modest record of 15-67, but that was expected for a team starting from scratch. Fitch slowly guided the team toward respectability and he won 40 games in his fifth season. The 1975-76 squad stunned the NBA with 49 wins, reached the playoffs for the first time and advanced all the way to the conference finals before losing to the eventual champion Boston Celtics. The “Miracle of Richfield” had a lot to do with the efforts and synergy of Campy Russell, Austin Carr, Bingo Smith, Jim Chones and Nate Thurmond, but it also was a great credit to the steady teachings of Fitch, who was named NBA Coach of the Year.

Fitch stayed in Cleveland throughout the decade but in May 1979 was named the coach of the Celtics, who were readying for a new era with a rookie named Larry Bird. After taking over for Dave Cowens and with Bird fitting perfectly into his new system, Fitch produced 61 wins and again was named Coach of the Year. The following season, Boston won the NBA title, a feat that cemented him as a standout coach.

A former Marine Corps drill instructor, Fitch was tough but not overbearing and found a way to pull out the best of his teams. Over the years, his colleagues and former players often sung his praises, and awards followed. He won the Chuck Daly Lifetime Achievement Award in 2013, and in 2016 he was recognized with an honorary bench that surrounds a statue of James Naismith at the Naismith Memorial Basketball Hall of Fame. He was inducted into that prestigious Hall in 2019.