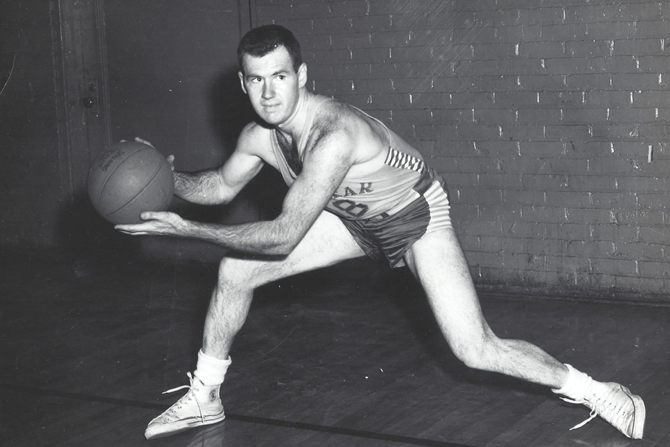 After an impressive prep career at Cuyahoga Falls and serving with the U.S. Navy at the tail end of World War II, Earl Shaw went on to become perhaps the best player of his era at Wooster College. In fact, he led the Fighting Scots in scoring all four years in the program, earning first-team All-Ohio Athletic Conference honors each time.

Shaw became the first player in program history to score more than 400 points in a single season and more than 1,000 in his career, amassing 1,491 total points. His career scoring average of 17.5 points per game in a low-scoring decade for the sport still ranks fifth all-time in school history. His points total is tied for 10th all-time at Wooster.

Shaw also was a winner, showing his competitive drive early in his career. As a sophomore, he averaged 19.0 ppg and displayed his trademark stringy defense while leading Wooster to a conference championship at a time when the OAC was flooded with 20 teams. The Scots won 62 of 84 games during his illustrious career.

Shaw played football in his senior year at Wooster and set school marks for single-season pass attempts and completions that still stand. He also was a star softball player on the summer circuit and went on to play professional basketball with the Goodyear Wingfoots from 1950-54.