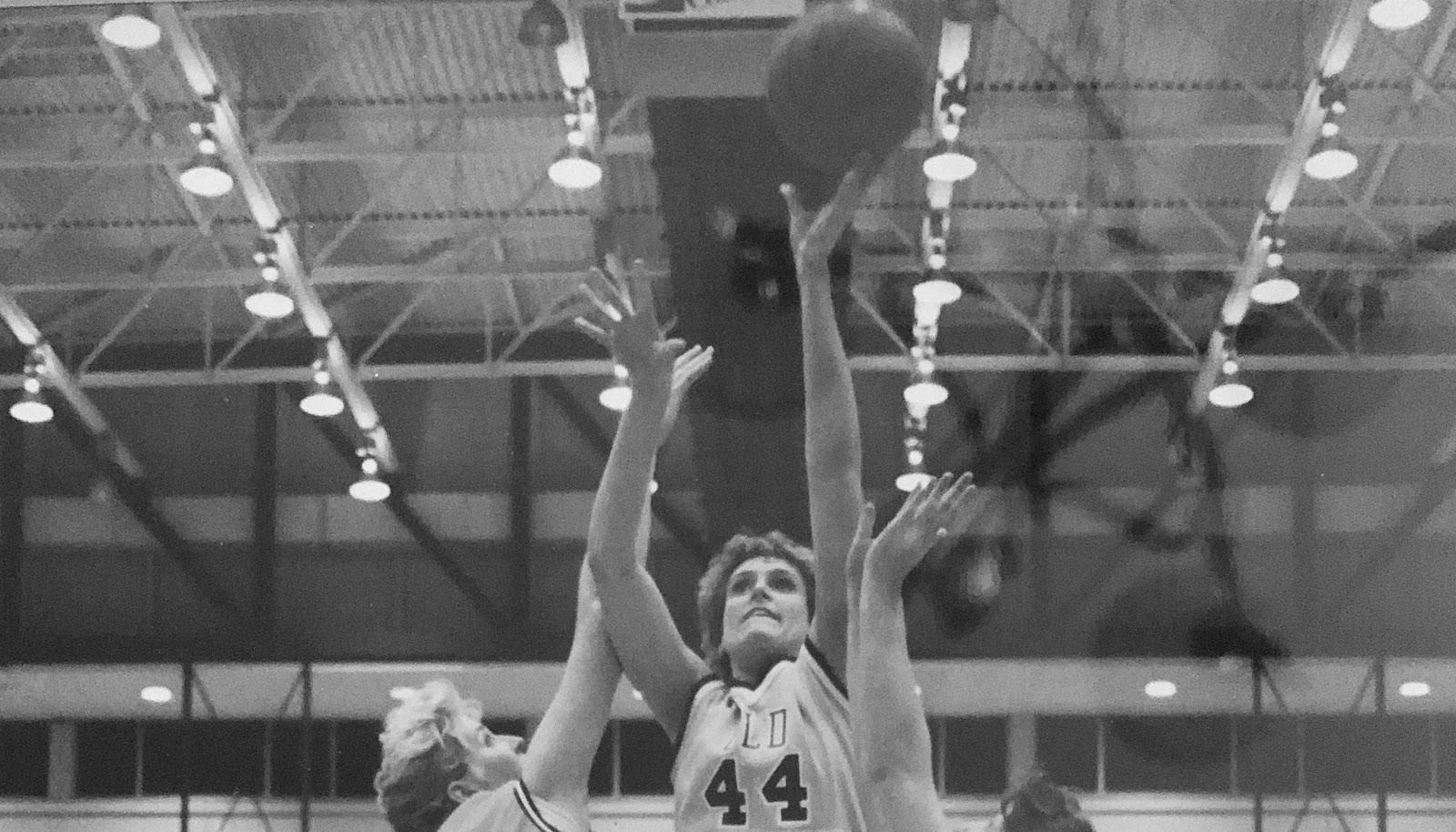 The Ohio Player of the Year as both a junior and senior at Bethel High School, Kelly Lyons was just getting started on a brilliant basketball career. A 6-2 forward who played with great focus and efficiency, Lyons averaged 30 points, 16 rebounds and eight blocks per outing as a prep senior and led Bethel to a state title. That cemented her standing as a school legend and earned her a ticket to Old Dominion, one of the premier programs in women’s college basketball.

After amassing 2,212 career points at Bethel, Lyons instantly made her mark on the Monarchs and was the team’s leading scorer by her sophomore year. She also proved to be reliable, putting up shooting percentages of 62.6, 62.5 and 62.1 her first three seasons on campus.

As a senior, Lyons proved to be downright unstoppable. In a three-game stretch in the middle of the 1989-90 campaign, she racked up 88 points and 33 rebounds in eye-opening wins over Virginia Tech, George Washington and UCLA and connected on 38 of 47 shot attempts, an 80.9-percent clip. That domination earned her national Player of the Week honors in women’s basketball from Sports Illustrated.

It turned out, Lyons had no intentions of letting up. She finished the year with an absurd shooting percentage of 69.4, which led the nation. Among her many outstanding outings was a matchup with No. 6 Texas in which she hit 16 of 18 shots and logged a career-high 42 points.

Nicknamed “The Silent Roar,” the calm but deadly Lyons also managed to hurt opponents in other ways.

“Despite the scoring, you don’t really realize the tremendous impact she has on a game until you look at the stat sheet and the game films,” ODU coach Wendy Larry said of Lyons during the 1989-90 season. “Kelly sees the floor as well as any player we’ve had here.”

Lyons is one of just five players in ODU women’s basketball history to accumulate more than 2,000 points and 1,000 rebounds in her career and she posted career averages of 24.7 points and 10.2 rebounds per contest. She earned All-Sun Belt recognition three times and was a two-time Kodak All-District All-American. She also played for the USA National Team in the 1989 World University Games before earning her degree in marketing. She went on to play professionally in Japan before coaching back in Ohio.