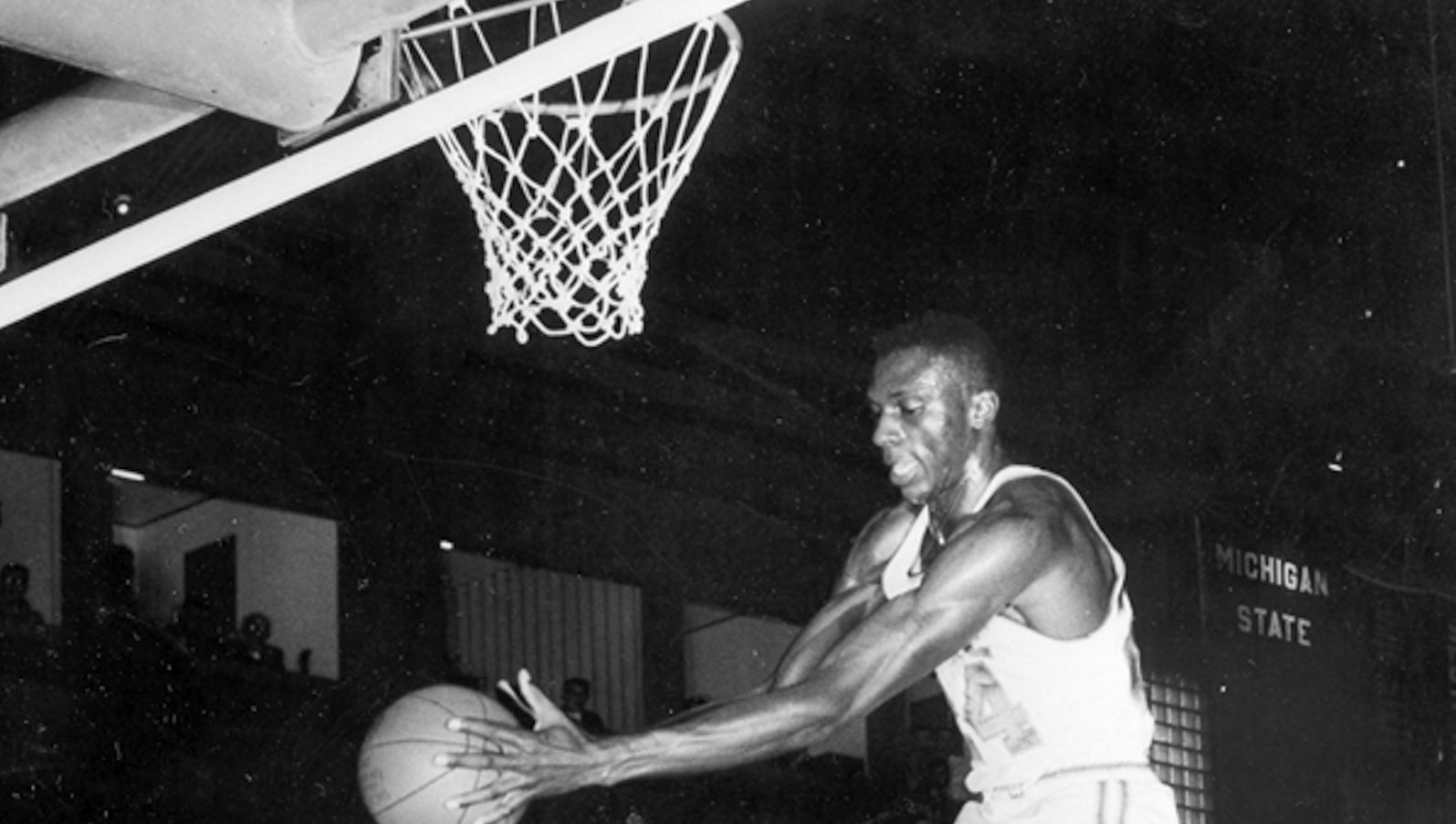 “Jumping” Johnny Green was an explosive athlete and native of Dayton who starred at Michigan State University, but he is best known as a former NBA All-Star with an improbable basketball journey.

In fact, Green wasn’t even 6 feet in high school and did not play roundball. He worked part-time at a Dayton bowling alley and found more work at a construction company and local junkyard after graduating. He then joined the U.S. Marine Corps during the Korean War. During his time in service, he shot up to 6-5 and showed a quick knack for basketball, standing out on the base team. Michigan State got word of his prowess and hosted Green on a visit while the then-21-year-old was on leave in October 1955.

What followed was nothing short of amazing. Green enrolled at MSU, played on the freshman team and joined the varsity in January 1957 at age 23. He immediately found a home at power forward and set a school mark by averaging 14.6 rebounds per game as the Spartans captured the Big Ten title. Michigan State advanced to the NCAA national semifinal before losing in triple-overtime to eventual-champ North Carolina – despite 19 rebounds and eight blocked shots from Green.

He produced 18.0 points and 17.8 rebounds as a junior while connecting on 53.8 percent of his field-goal attempts, numbers that earned him second-team All-American status. As a senior, Green led the Spartans to another Big Ten championship and 19-4 record while averaging 18.5 ppg and 16.6 rpg, production that led to him being named first-team All-American. His career rebounding average of 16.4 ranks second in Big Ten history behind only Jerry Lucas’ mark of 17.2. Green was a 1,000-point scorer at MSU and his rebounding total of 1,036 still ranks third in program history. The school named its annual rebound award after Green, retired his No. 24 and elected him to the MSU Athletics Hall of Fame in 1992.

Green was the fifth overall selection of the 1959 NBA draft after a Big Ten MVP season and set a rookie record for the New York Knicks with 25 rebounds and against the Philadelphia Warriors, a mark that still stands. He went on to log more than 12,000 points and 9,000 rebounds, and was named an All-Star four times during a lengthy professional career that also included stints with four other NBA teams. Just as impressive as his All-Star seasons in New York was his career resurgence with the Royals, which started with a phone call to Cincinnati coach Bob Cousy to ask for a tryout.