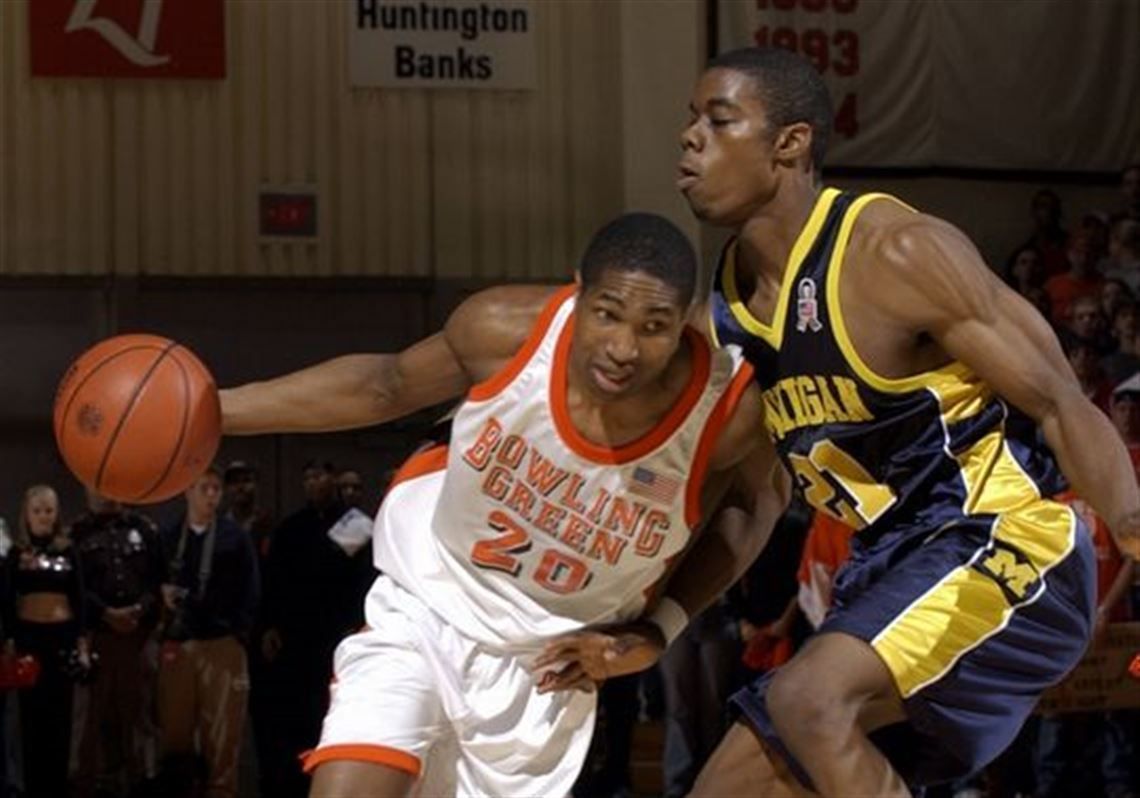 Canton native Keith McLeod was a standout point guard both in the prep ranks and at Bowling Green State University – and his mesmerizing play continued for 11 more seasons at the professional level.

A 6-2 guard who excelled at both ends of the court, McLeod was named the Mid-American Conference Player of the Year and NABC All-District in 2002 after leading the MAC with 22.9 points per game. He canned 89 three-pointers during the 2001-02 season, which is still second all-time in program history. His career total of 199 made threes also ranks second at BG while his career shooting mark from behind the arc (39.9 percent) ranks fifth in school annals.

McLeod not only led BG in scoring as a senior, he also set the tone defensively and was tops among Falcons players in steals. His career steals total of 176 and 306 assists both rank in the top 10 of the school’s all-time list. Still, he is best remembered at BG for scoring the ball. McLeod once dropped 42 points in a MAC game vs. Buffalo and attempted 27 free throws in a game against Ole Miss, which is a school record. His career point total of 1,895 is still good for second all-time in Falcons history.

McLeod’s basketball upbringing included stardom at one of the premier prep programs in Ohio – Canton McKinley High School. After an impactful four-year collegiate run in northwest Ohio, he went on to a lengthy professional career including stints with four NBA teams and several more overseas.

He played for the Saint Joseph Express of the USBL and the Yakima Sun Kings of the CBA, and was a trade piece for NBA guard Derek Fisher in 2006 that sent him from the Utah Jazz to the Golden State Warriors. The following year, he was part of another noteworthy NBA swap that sent him and three other players to the Indiana Pacers for the likes of Stephen Jackson and Al Harrington. In all, McLeod played for 14 different professional teams.