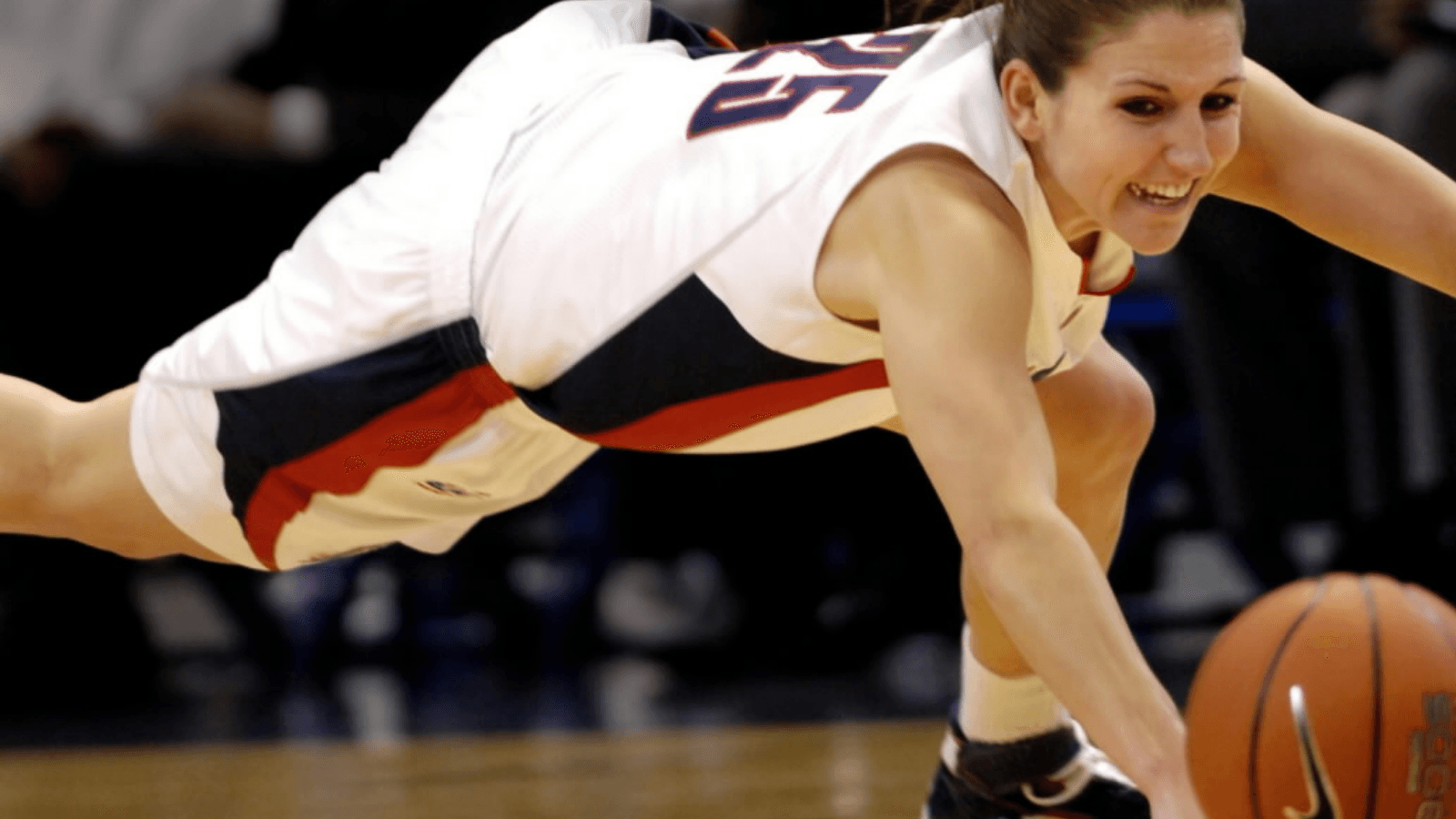 Mel Thomas cashed a standout career at Mount Notre Dame High School in Cincinnati to earn her place with the powerhouse Connecticut Huskies. A 5-9 shooting guard, Thomas was named the Big East’s Most Improved Player as a sophomore in 2006 and served as a co-captain for legendary coach Geno Auriemma as both a junior and senior. She logged more than 1,000 points in her career and still ranks in the top five in UConn history with 224 made three-pointers.

Thomas’ ability to drive past defenders and also shoot over the top of defenses enabled her to log one of the most exciting prep careers in Ohio girls basketball history. She averaged 18.3 points per game as a junior and led Mount Notre Dame to a perfect 28-0 record and state championship as a senior while averaging 20.4 points, 4.0 rebounds and 5.4 assists per outing. That dream season earned her Ohio “Ms. Basketball” honors. She also was named to several All-America lists.

Also an endearing figure at UConn, Thomas, who donned No. 25, shot to a starring role with the Huskies as a junior. She started all 36 games in 2006-07 and made at least one  three-pointer in 35 of them. The summer following that campaign, Thomas played in the Pan American Games and helped the U.S. women’s team to its first-ever gold medal in that competition. Her senior season was cut short by an ACL tear, but UConn fans did not forget her efforts. Days after suffering her college career-ending injury, Thomas was honored in front of a soldout crowd at Gampel Pavilion and was awarded a ball to commemorate her 1,000th point scored. During her senior year, she wrote daily in her diary and those entries were later published in the book, “Heart of a Husky.”

Thomas was not selected in the 2008 WNBA draft because of her knee issue, but she made it to the professional ranks, landing with the Waterford Wildcats of the Irish League. Still a constant threat from the outside, she recorded 33 points in her pro debut. She also played in a professional league in Poland before shifting to a coaching career. In 2010, Melanie Eileen Thomas joined the staff at Florida Gulf Coast as Director of Basketball Operations and she remained in that role for three years.